The highly anticipated Google Pixel Fold has made an appearance online in the form of design renders ahead of its official unveiling.

The first-ever foldable phone from Google has been subject to a lot of leaks lately. For instance, the Pixel Fold’s display specifications surfaced online earlier this year. 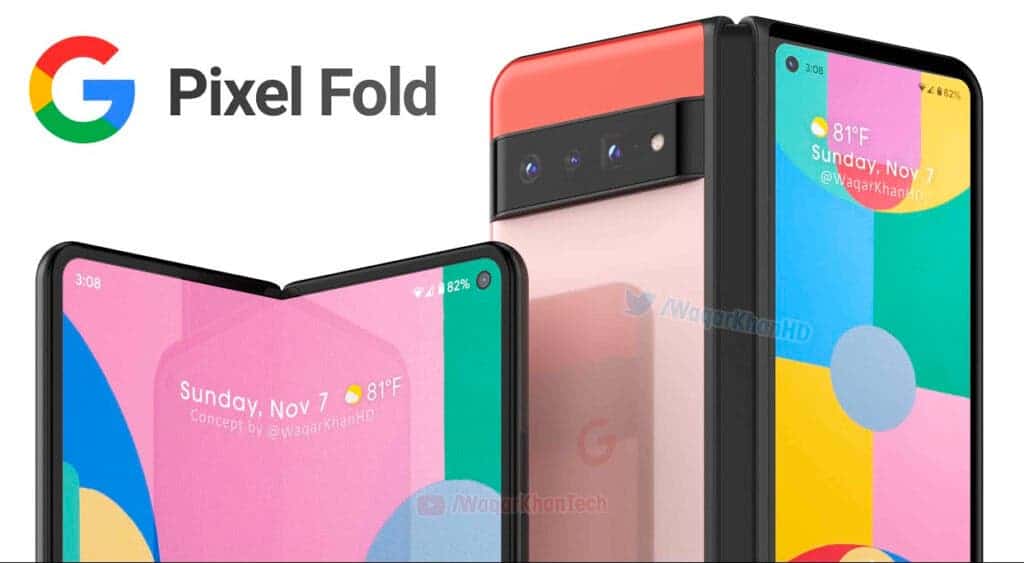 If rumors are anything to go by, the American tech giant will unveil the Pixel Fold in 2023. However, some key details about the upcoming foldable device have already been leaked.

Now, a few official-looking Google Pixel Fold design renders have popped up on the internet. Notably, the Pixel Fold’s 5K renders have been shared by HowToISolve in collaboration with tipster OnLeaks.

Now, OnLeaks has shed more light on the much-awaited foldable device in his latest leak. For instance, the leaker shared details about the Pixel Fold’s display size and dimensions.

One of the two selfie cameras will sit on the right side of the top bezel. The cover display’s hole-punch cutout will house the other selfie camera.

The noted tipster suggests the Pixel Fold will sport a 5.79 inches tall outer display. Moreover, the phone will feature a metal frame. The chassis has antenna lines.

The camera module on the Pixel Fold resembles the camera setup of the Pixel 7 Pro. However, the Fold does not have an end-to-end rear visor like the 7 series.

The camera module accommodates three cameras and an LED flash. Also, there’s a cutout for a microphone below the LED flash module.

There’s a USB Type-C port along with a speaker grille at the bottom edge. The bottom edge features some tiny holes, probably for the microphones.

The secondary speaker is available on the top edge. Likewise, the right spine features the power and volume buttons. OnLeaks suggests the Fold will have dimensions of 158.7 x 139.7 x 5.7mm.