Xiaomi has finally unveiled its new line of products after a delay that was likely caused by political events, with the Xiaomi 13 and Xiaomi 13 Pro phones standing out. But those are by no means the only devices offered. The Xiaomi brand has grown significantly, and we can anticipate at least two to three additional product announcements at each event. Including the Xiaomi Watch S2 and Xiaomi Buds 4. 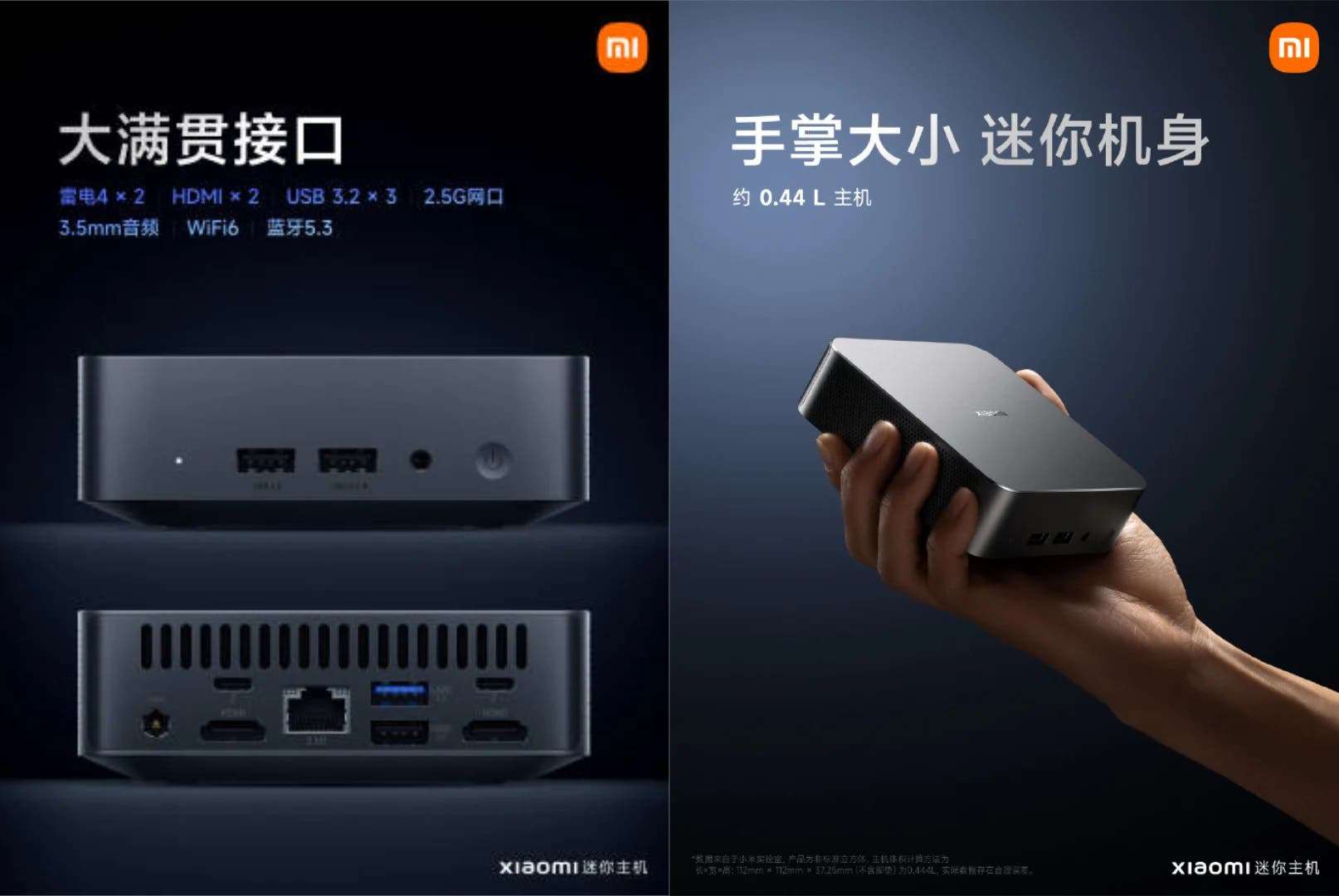 Another product that was announced alongside these mobile devices is the Xiaomi Mini Host, and it’s maybe the most intriguing because it’s unrelated to the others and even to other products from the brand.

This is Xiaomi’s first desktop computer, a full unit that can do the same tasks as any other contemporary Windows PC while fitting in the palm of your hand. In fact, it resembles the Xiaomi Mi Box and looks more like a device for the television because it is portable and only weighs 437 grams and is 112 x 112 x 38 mm.

It’s not necessarily low-end just because it’s so little. The chassis is made from a single piece of aluminum that has gone through a number of steps. Including sandblasting and anodizing, to provide a premium product that directly competes with Mac computers. 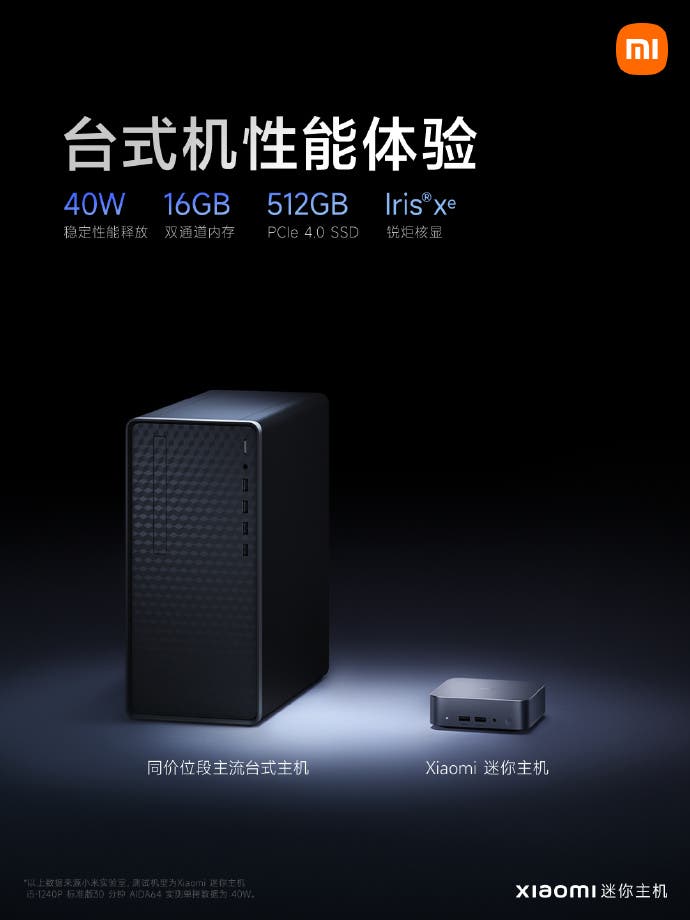 An integrated Intel Xe graphics card and a 12-core Core i5-1240P CPU from the 12th generation of Intel Core processors are available inside this compact device. Although it isn’t the most powerful Intel has to offer, the 16 GB of RAM will be plenty for all the tasks the ordinary user would need to complete, including using office applications, online surfing, and multimedia. Additionally, we have the option to increase both the memory and the 512 GB of SSD storage that are included.

The cooling is where a compact chassis poses the greatest risk. However, Xiaomi has been able to combine a sizable fan with a two tube heatsink design. This gives you the option to pick between several energy consumption settings. Giving us the chance to use less electricity when we don’t need to.

Additionally, despite being a little computer, it has a lot more connectors than we had anticipated, including four USB-A ports, two USB-C ports, two HDMI ports to link the two displays, two Ethernet ports, WiFi 6 and Bluetooth 5.3 support.

The Xiaomi Mini PC will cost 3,699 yuan, or about $575, in China. And will come pre-installed with Windows 11 (although it is also compatible with Ubuntu Linux). At this time, there is no information available on the Xiaomi Mini PC’s potential debut in global markets. 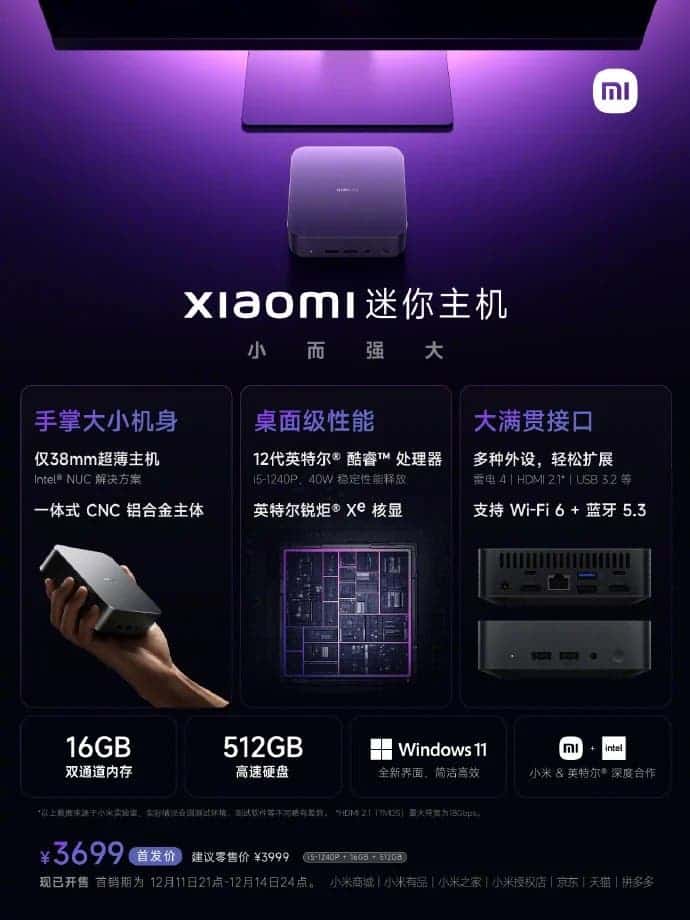