It’s not common to see phones escaping from being leaked ahead of the launch, but we can say that the Nubia Red Magic 8 is one of these rare cases. Okay, the phone had some of its key specs leaked this month, but still not much to draw a complete picture of the phone. Now, Nubia has confirmed that the Red Magic 8 Pro will launch as soon as tomorrow, December 16. In fact, we assume the brand is bringing more than a single phone since it mentions a Red Magic 8 series coming to China. 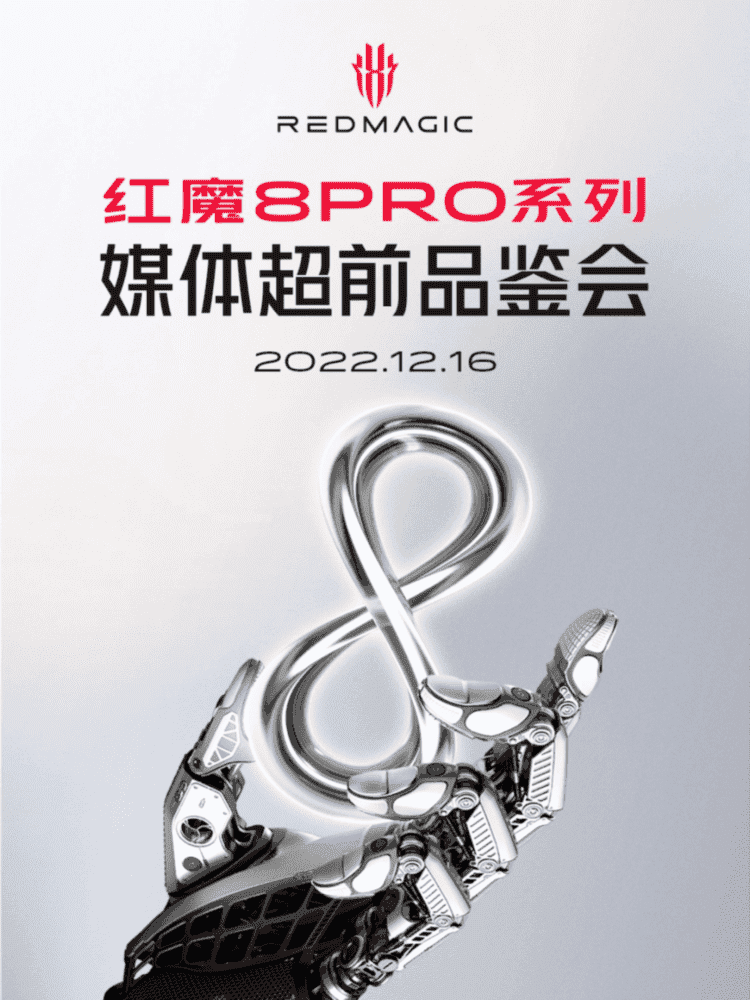 As per TENAA’s listing, there are two Nubia Red Magic 8 Pro variants. One packs a 5,000 mAh battery and the other has a 6,000 mAh capacity. Why? Well, we assume this has to do with the charging technology. The phone passed 3C certification with 165W fast charging. Considering our past experience, we believe that the 5,000 mAh model is getting the fastest charging. Anyway, the one with the bigger one may sit somewhere below a 120W charging mark.

Worth noting that the option with 6,000 mAh will be the largest one in the Red Magic series. Also, it will be a powerhouse for gaming providing long endurance. Some users won’t mind if it charges slower. Going for the names, both devices will come as Red Magic 8 Pro. One will certainly get a fancier “Ultimate”, “Explorer”, or whatever to make it different. We are curious to see how these phones are different besides their battery capacities.

The Nubia Red Magic 8 Pro series will mark the beginning of a “2023 series of gaming phones”. The two phones are likely coming with the Qualcomm Snapdragon 8 Gen 2. As per TENAA, the phones will have up to 16 GB of RAM and up to 1 TB of Internal Storage. In terms of optics, the phone will have a triple-camera setup with 50 MP, 8 MP, and 2 MP lenses. These are likely main, ultrawide, and depth sensors. The phone has a 6.8-inch OLED screen with 2,480 x 1,116 pixels of resolution. The leaks point to a 16 MP under-screen camera, but TENAA shows an 8 MP unit. So we’ll have to wait to know the truth about this selfie snapper.

We are curious about the design of the new phone. Will it keep the visuals of the Red Magic 7 series or will bring something new? We’ll have to wait until the launch to find out.