South Korean manufacturing giant, Samsung, is getting set to unveil a couple of mobile phones in the Galaxy S series. According to a recent report, the Samsung Galaxy A14 5G, Galaxy A34 5G and Galaxy A54 5G have now passed the Bluetooth SIG certification. This means that these devices are one step closer to their official launch. At present, the Galaxy A54 5G has appeared on the website of the certification body. The model number is SM-A546V while the model number of the Galaxy A34 5G is SM-A346B_DSN. In another report, Strategy Analytics claims that Qualcomm’s dependence on Apple and Samsung Electronics has once again become the focus. Qualcomm will have 100% of the Galaxy S and iPhone market share by 2023, and Qualcomm will benefit from this dual monopoly. However, it is now expected to maintain the current supply level. This also means that Apple’s 2023 models are not expected to use a self-developed baseband design. 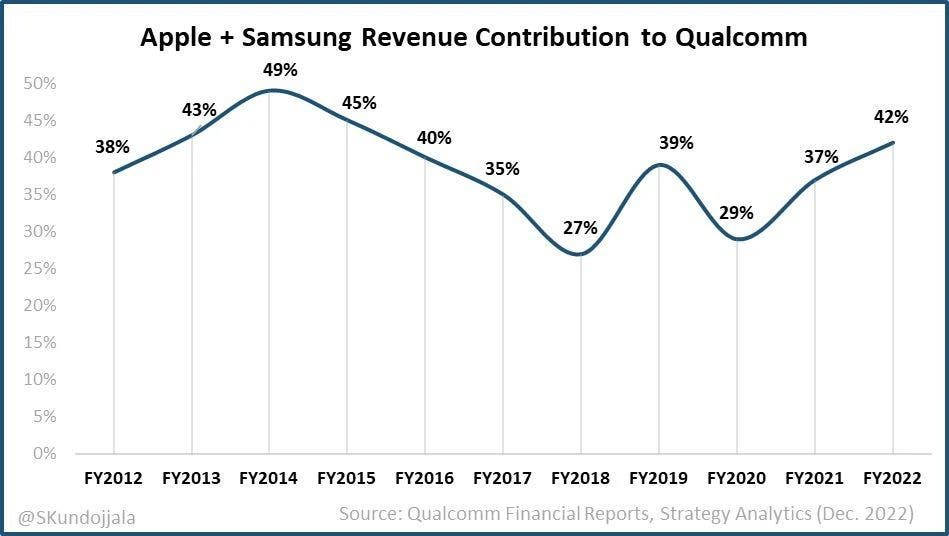 Additionally, Qualcomm CFO Akash Palkhiwala confirmed on the earnings call that Qualcomm has moved from a 75% (chipset) share of the Galaxy S22 series to a global share. The financial report shows that Qualcomm’s fiscal year 2022 achieved revenue of $44.200 billion, a YoY increase of 32%. Its net profit was $12.936 billion, a YoY increase of 43%. Qualcomm expects revenue in the first quarter of fiscal 2023 to reach $9.2-10 billion.