Are you an athlete, or do you work outside? Consequently, there is a chance that your smartphone will have a terrible accident. To avoid having to replace your smartphone too frequently, you might want to get a shockproof model. The top rugged smartphones are compiled here.

Although it won’t be perfect, adding a protective cover to your phone can help. Internal metal reinforcements and external rubber reinforcements provide protection for rugged devices. When your smartphone falls to the ground, you’re sure that nothing will harm your device.

This kind of smartphones are generally available for outdoor use. Something that excites nature lovers or people who frequently visit building sites, for instance. You can find the top models in this guide to the best rugged smartphones of the year. This is our selection for the top rugged phone right now if you need something durable and long-lasting.

The best rugged smartphones to buy in 2023 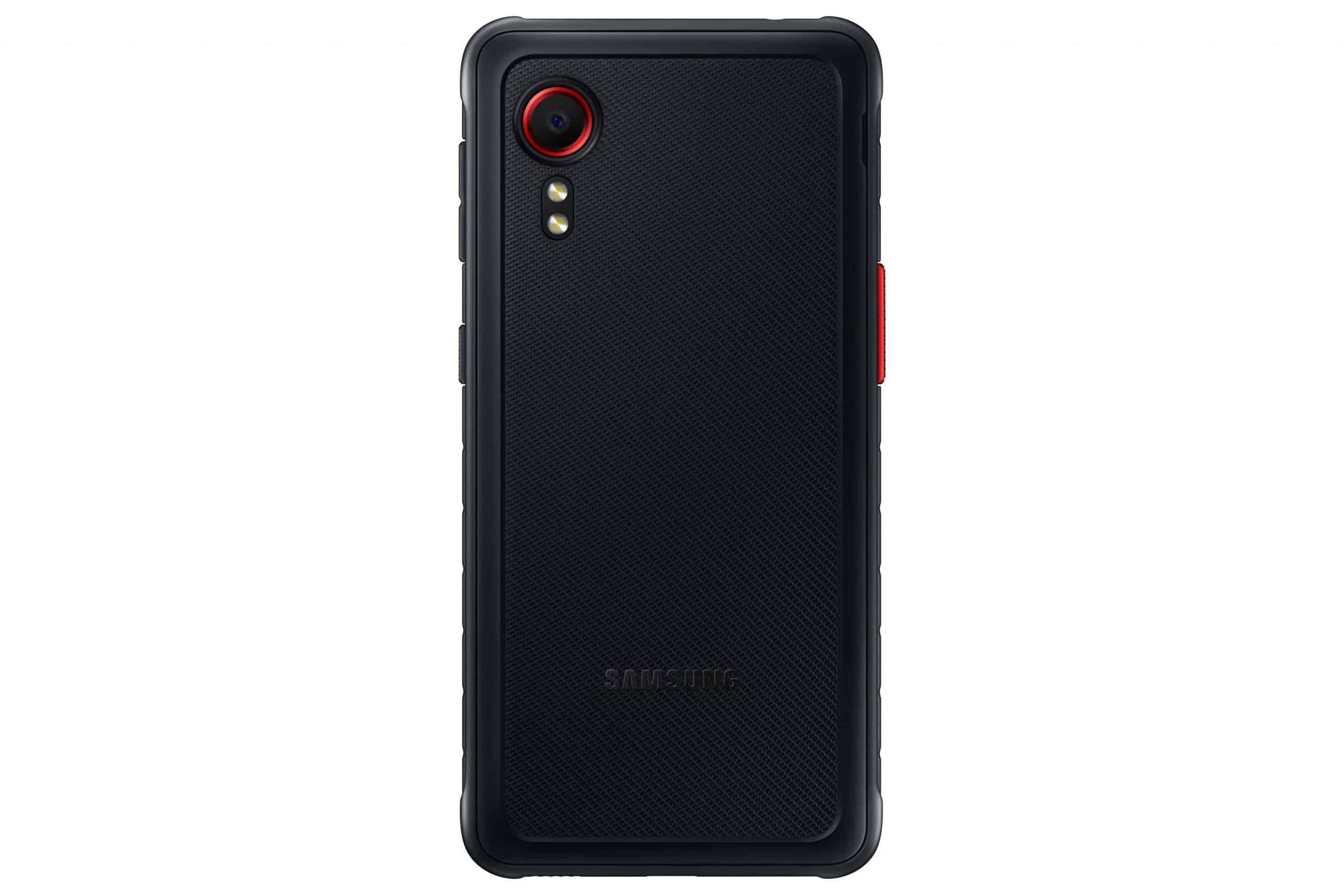 Samsung is among the few companies that still launch smartphones for professionals from time to time. This is the case with the Galaxy XCover 5, which has a sold design. The materials picked provide elegance while always providing solidity.

Additionally, it has a vast array of certifications. It can withstand immersions in water up to 1.5 meters deep for 30 minutes thanks to the IP68 sealing. The smartphone can withstand drops onto a flat metal surface from a height of 1.5 meters as well. The Samsung Galaxy XCover 5 has even received a military certification of 810 G.

A 5.3-inch LCD panel serves as the touch interface. It can display High Definition content. Glass of the Corning Gorilla Glass 6 type is in use to protect the smartphone. Above all, you should be aware that the installed 3000 mAh battery is detachable. It’s a fairly uncommon thing in the modern mobile phone industry.

The phone’s Exynos 850 processor has enough internal power to execute some software as long as it isn’t too resource-intensive. It’s a fantastic tool for anybody looking for a rugged phone. 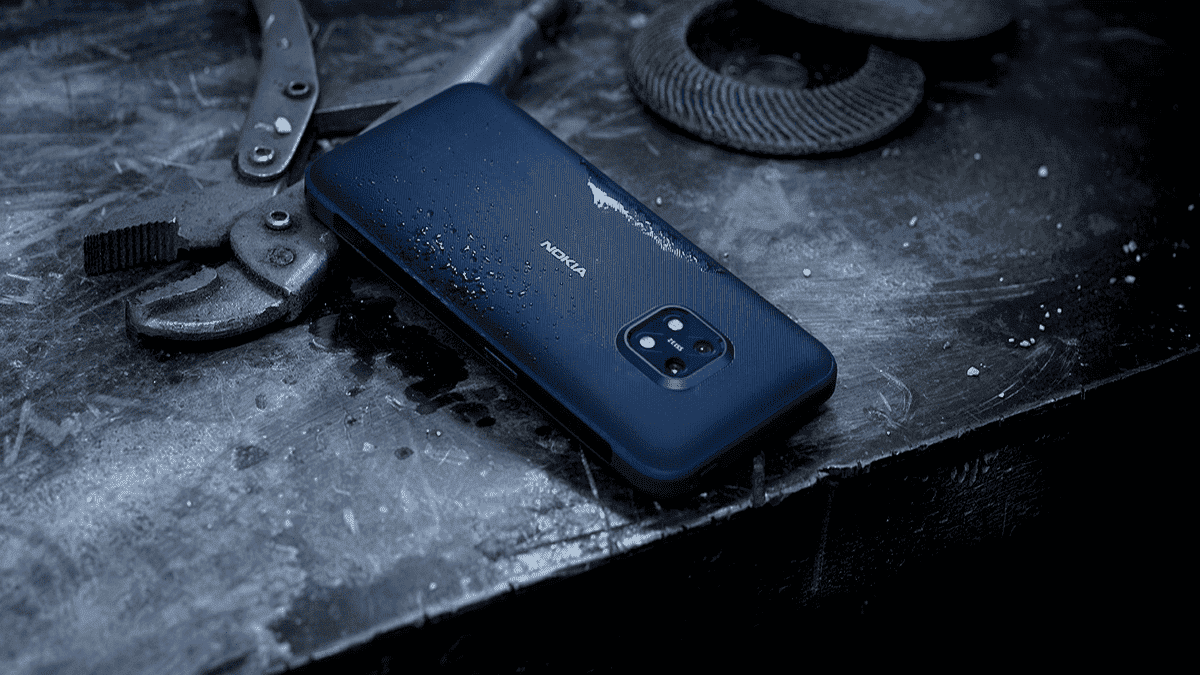 The first rugged smartphone with Corning Gorilla Glass Victus, the XR20 is MIL-STD-810 rated, IP68 certified, and MIL-STD-810 certified in terms of durability. The device also has a dedicated, non-customizable Google Assistant button and a red emergency button.

But what really distinguishes the XR20 from the competition is HMD Global’s promise to provide four years of security upgrades and three years of OS updates. Additionally, the company is offering a free screen replacement for a year. 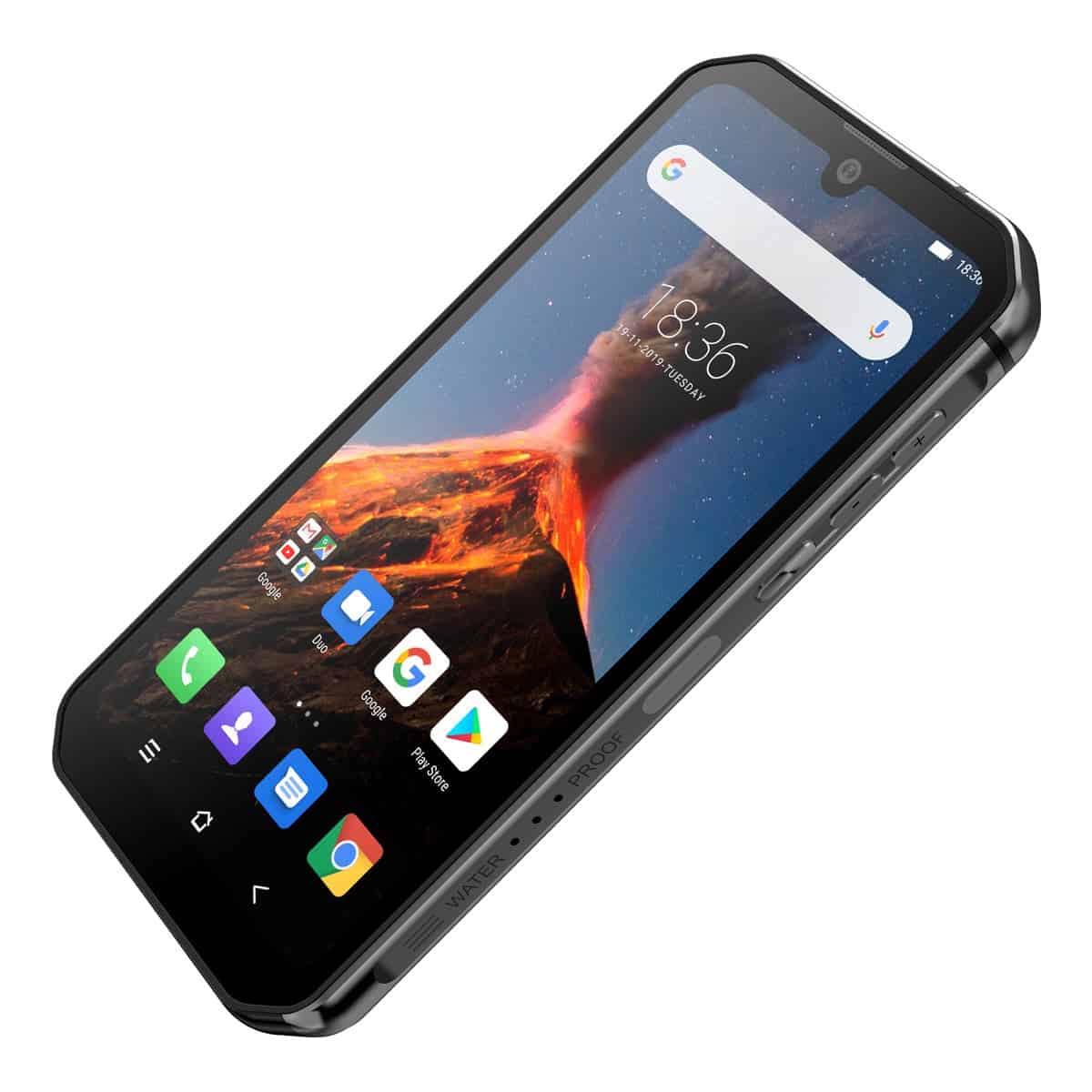 The Blackview BV9900 Pro is still a good choice if you are looking for a good rugged smartphone to buy in 2022.

Despite how useful it can be, FLIR thermal imaging cameras are uncommon on rugged smartphones, but the Blackview BV9900 Pro has one. This complements a variety of standard cameras, including one with 48 MP that serves a variety of photographic needs.

The phone’s MediaTek Helio G90 chipset, which comes with 8GB RAM and performs well, handles a variety of tasks with ease. Additionally, for a rugged phone, it is fairly well protected.

Although the phone could use a better battery and we would have preferred to see 5G connectivity, it is still one of the best rugged smartphones available right now. 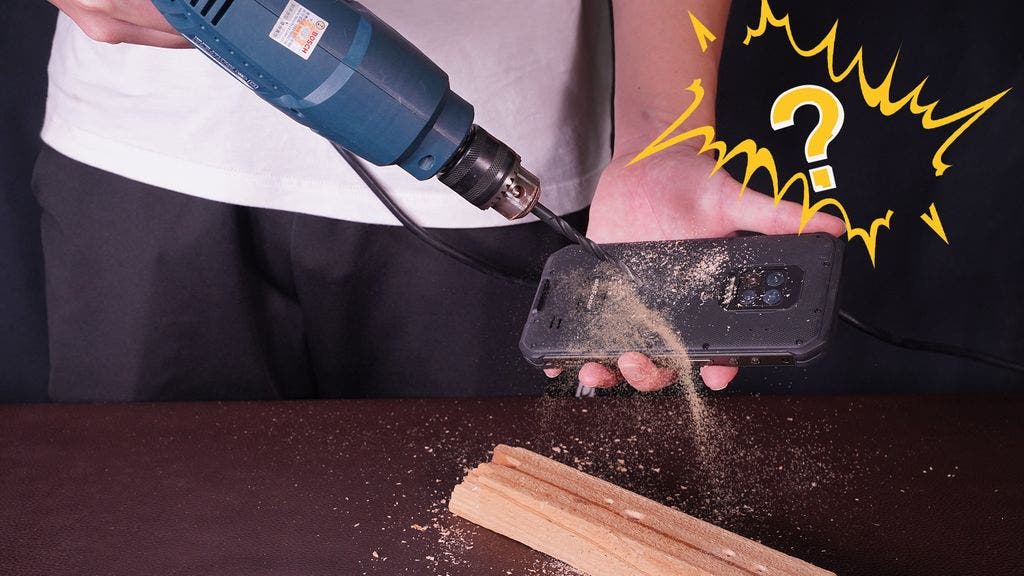 The Ulefone Armor 9 FLIR is one of the greatest durable smartphones available right now, and it has a few outstanding features that are hard to find on its competitors’ smartphones.

The phone includes an endoscope and a FLIR camera, allowing you flexibility for a variety of jobs. It also features a large battery to extend the phone’s battery life and enough processing power for most operations. The Ulefone Armor 9 FLIR’s camera is accessible to everyone at a not-so-high price. Making it a feature-rich rugged smartphone. 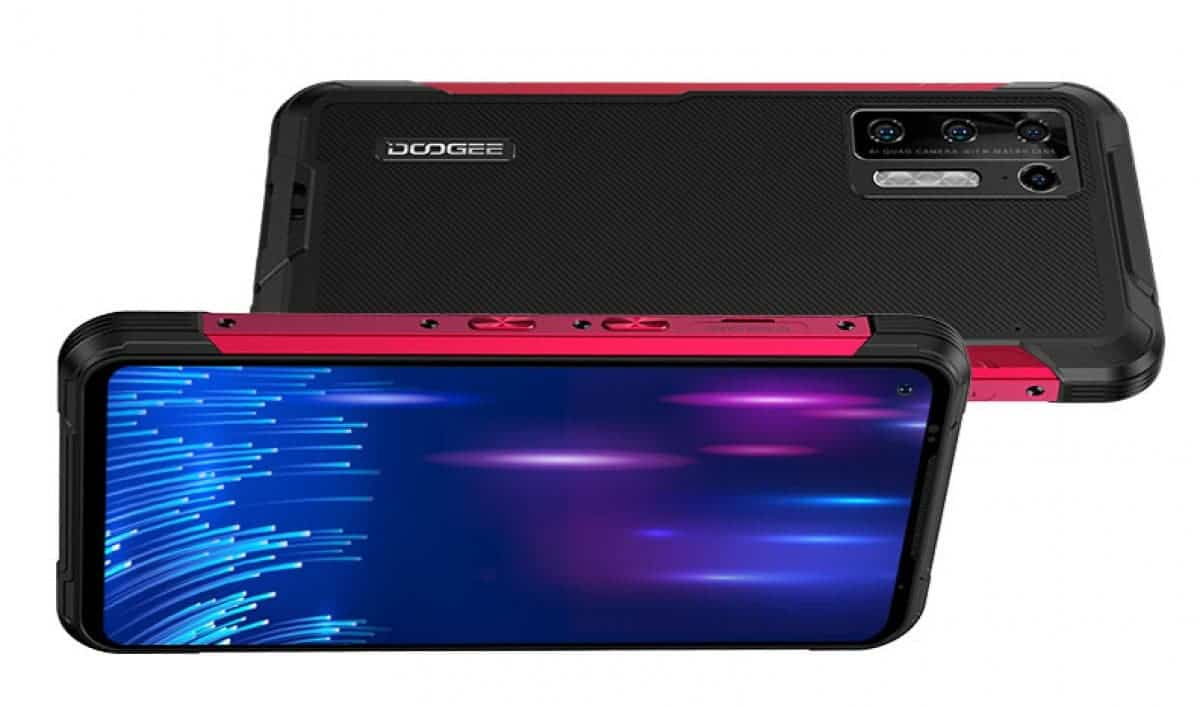 The Doogee S97 Pro may have a lower screen resolution than the Doogee S95 Pro from the previous year, but the firm made up for this by integrating a large 8,500 mAh battery as well as a laser rangefinder for determining volumes, surface areas, and angles.

The device has a purposefully practical look and combines gray metal and black plastic. With a 350g weight, it’s also one of the heaviest rugged smartphones. Despite this, the S97 Pro’s curved sides help it to handle rather well, and its display is surprisingly brilliant. A fingerprint reader, two programmable buttons, and four camera sensors are located on the device’s back.

Despite not having 5G, the Doogee S97 Pro is one of the fastest rugged smartphones currently available, according to the tests, where it achieved the highest PCMark score to date and provided reliable overall performance. The S97 Pro might be the right smartphone for you if you’re looking for features like battery life, multiple cameras, and a laser rangefinder. 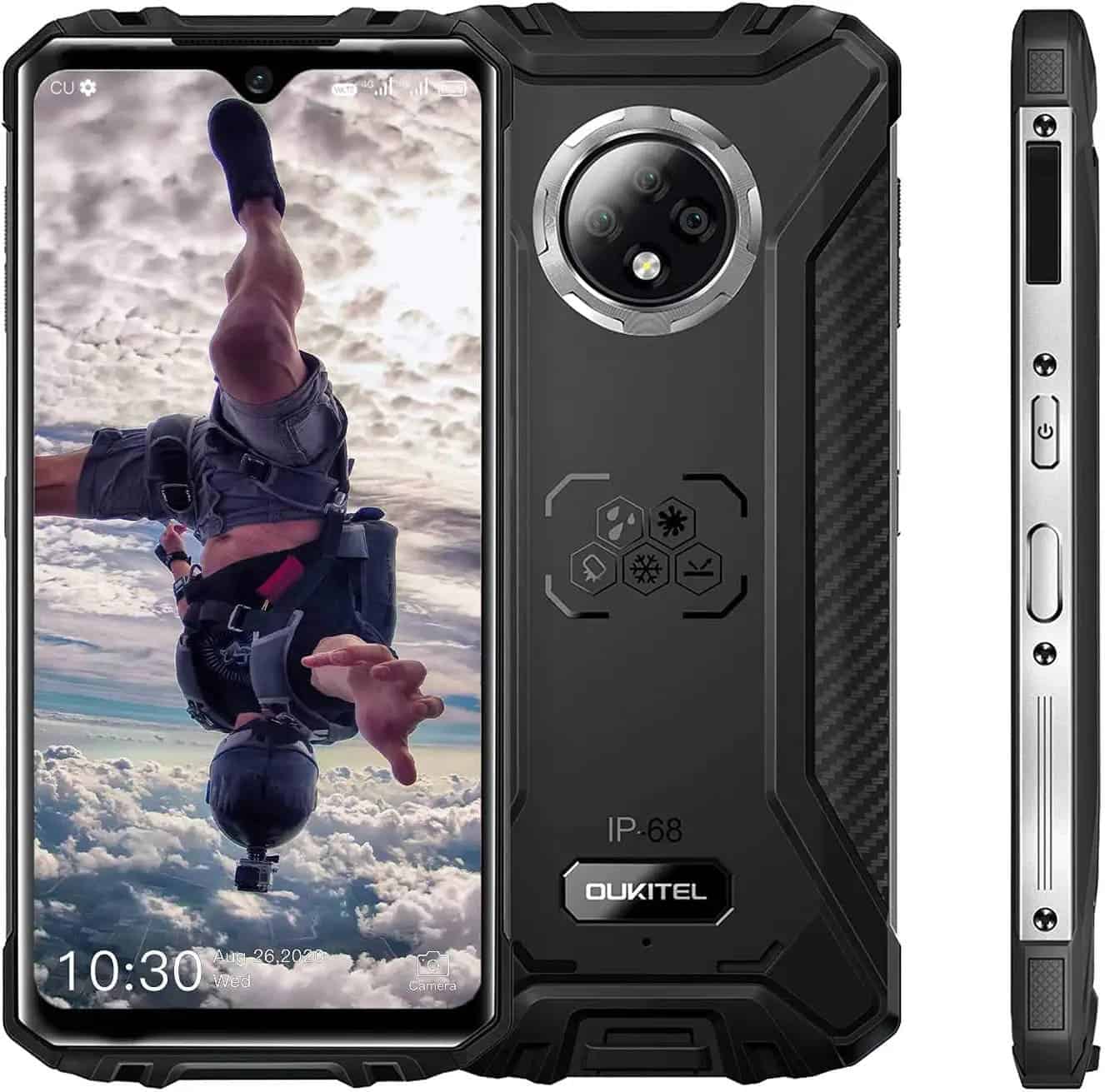 With some cost-saving measures taken, the Oukitel WP8 Pro is a low-end, rugged smartphone that provides new software and a durable design for a low price.

The disadvantages include the micro-USB port, which slows down charging compared to the current USB-C standard, the low-end processor, which has limited performance power, and the lower-resolution screen compared to many competitors.

This might be a good option if you can get past these drawbacks and are looking for a low-cost or entry-level rugged handset.

What is a rugged smartphone? 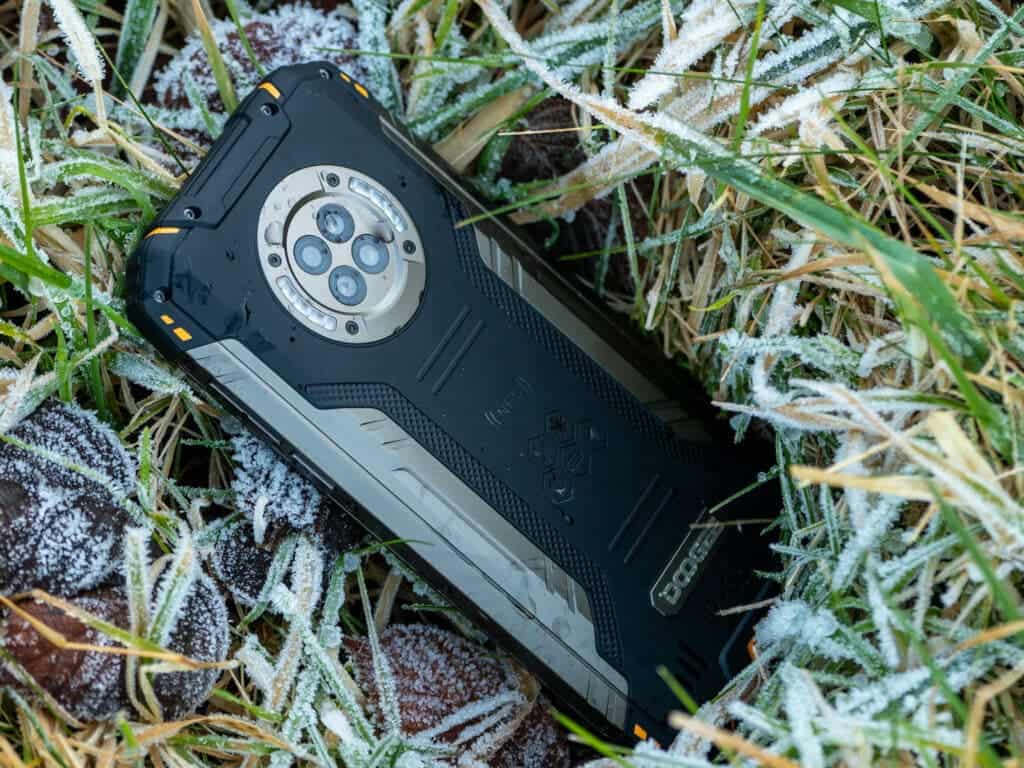 What do the MIL-STD 810G and IP69K certifications mean?

The IP certification has nothing to do with the amount of solidity and instead reflects how well the product is protected against dust and water. The index has two digits, the first representing dust and the second representing water. IP69K primarily adds High-pressure testing , which is an extension of IP69.

A military standard called MIL-STD is used to assess the US military’s equipment. Strong resistance to harsh environments is provided by it. Approximately 20 laboratory tests make up this procedure, which simulates use in high-altitude or extremely cold environments, resistance to falls and even ballistic shocks, without forgetting water or vibrations. You should be aware that no smartphone has been through all the tests, frequently, they are just temperature and drop tests.

The result of the thick rubber coverings that cover the smartphone is that they typically have an unremarkable design. Forget about 2K OLED screens and overpowered configurations. At most, rugged products come with a Snapdragon 660 (and frequently less). And using a Full HD screen is the best scenario. You must give up some things in order to have a resistant smartphone. They are also significantly more expensive than standard smartphones with similar specs.

There isn’t a big market for rugged smartphones but Blackview, Ulefone, Doogee, Oukitel and Caterpillar are the most popular and generally the best brands. With varying degrees of success, more conventional brands like Samsung, Nokia or Motorola have also taken on the challenge. But the Chinese brands offer better offers in terms of quality/price ratio than other popular traditional brands.

Next How to choose a good Android smartphone in 2023