The information provided by Google regarding the adoption of the newest Android operating system is interesting. In reality, 5.2% of devices running this OS are running Android 13 six months after its release. Android 12 (together with Android 12L) has a substantially greater proportion, being installed on 18.9% of smartphones, up from the 13.5% recorded last August.

Looking back to earlier releases, however, Jelly Bean, which was previously at 0.3%, is now hardly ever mentioned. While Android Oreo usage has now fallen below 10%. KitKat also experienced a decline, falling from 0.9% to 0.7%. Regarding these statistics, Google previously said that they were based on smartphones browsing the Google Play Store over the course of a week when publishing them on its official website. This policy shouldn’t have changed, even though the data has now been available in Android Studio. 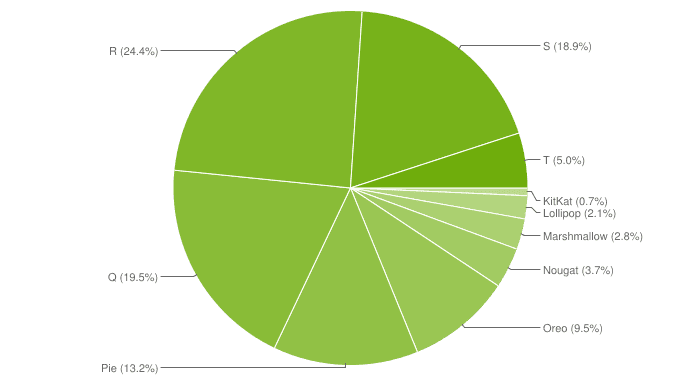 Therefore, based on the most recent data, it appears like Android 13 is spreading fairly well. And part of this success can be due to how quickly different companies released the update. 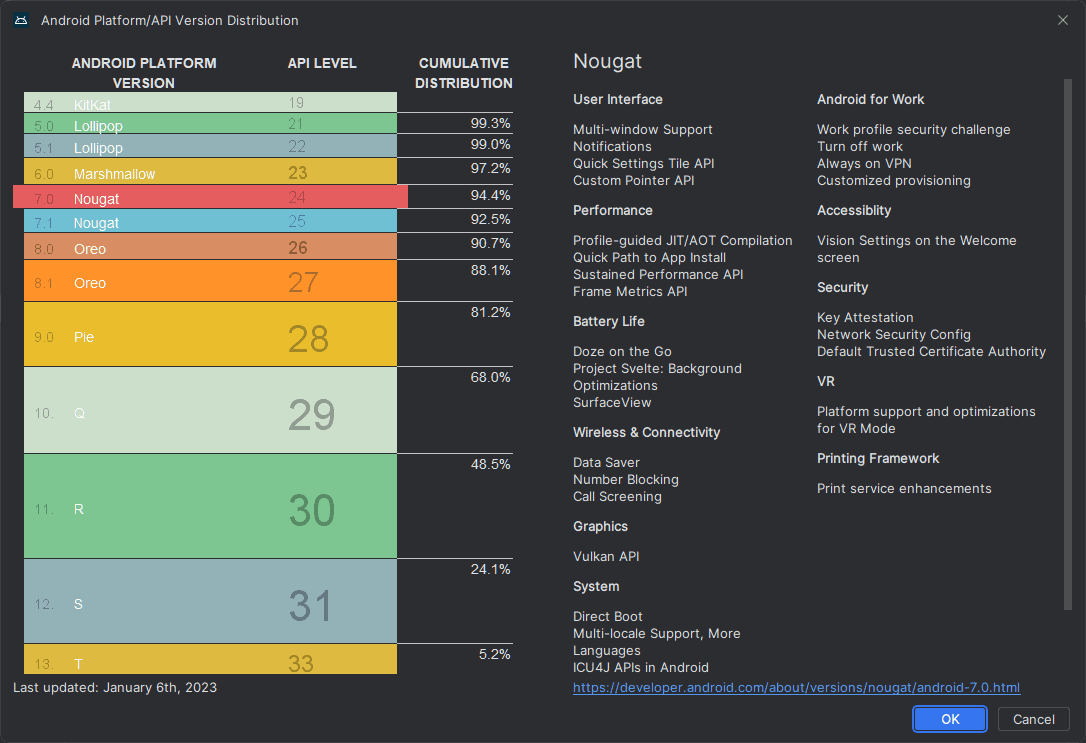 In addition to Google, other well-known brands like Samsung, OnePlus, Sony, and others are also worth mentioning. The upcoming Android 14 is already in development in the meantime. In this regard, Mishaal Rahman predicted a few months ago that smart phones will likely need to fulfill two requirements for this new version: support for the AV1 video standard and compatibility with the ARMv9 architecture (the new OS may only support 64-bit apps).

The days of the exponential surge in smart phone sales are no longer here. The information from the end of 2022 confirmed the warnings. The most crucial thing in our daily lives is now mobile phones, but sales are still declining. The previous year was awful.

According to the most recent information from Canalys, 17% fewer smart phones were delivered in the fourth quarter of 2022 than during the corresponding time in 2021. The annual decline is particularly notable: 11% fewer units were in sale in 2022 overall than in 2021.

Next WhatsApp is testing a new status feature