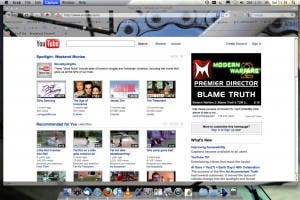 Just 5 minutes ago my colleague managed to open, search and watch videos on Youtube in China! He told me and I quickly turned off my VPN and went to Youtube’s homepage to see that it’s also working for me!!

Has China unblocked Youtube? It certainly looks that way to us!

We’ve heard varying stories. It’s still working for us, but other users in China are having difficulty connecting.

For us Ethernet and wifi work, but Edge from an iPhone won’t connect?!

Oh, it seems to have stopped! We’ll keep trying it, but seems it may have just been a glitch in the Great Firewall!

Out buddies over at Chinitech.com confirm that YouTube was working early too. Was today’s brief unblock an accident or a test in preparation to this years World Expo in Shanghai?