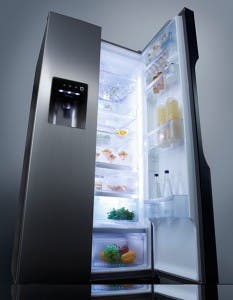 Panasonic China are recalling more than 360,000 fridges on the main land due to defective control valves.
The defect affecting 29 models of refrigerator can cause refrigerant to leak, irregular cooling and even fire. The defective part is already responsible for 13 incidents in China.
Panasonic are offering free inspection of and parts replacement on models or fridge sold between March 2007- March 2009.

This is recall is by far the biggest recall in recent years for China far out weighing Samsung’s recall of 32,000 fridges and LG’s recent recall of merely 600 washing machines.