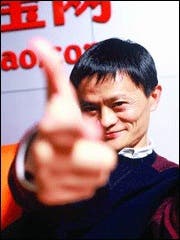 Many people describe Taobao as China’s Ebay, which it is and it isn’t. Where as Ebay is usually used as a second source of income or a way to get rid of some old tat in the West, Taobao is actually many a sellers only source of income here in China.
Anything you could possibly want is available. From the latest computing gadgets to a pair of knock-off CK underwear, it’s all there waiting to be picked up, and usually at bargain prices.
But, all this might not last for long as a vigilante group of sellers known as the “Anti-Taobao Alliance” have joined together in attempts at sabotaging richer sellers and stores in an attempt to lower advertisement costs on the site.
The group are targeting larger, richer stores which can afford to advertise on Taobao’s homepage, by ordering the stores complete inventory then cancelling the sale days before having to pay, causing the items to become unavailable for sale.
The leader of the group known as ‘Anti-Taobao Warrior’ says the attacks will stop once Taobao changes a recent rule which has increased advertising costs making it impossible for smaller shops and sellers with little funds to advertise and compete equally with the larger stores.
Taobao.com’s co-founder Jack Ma isn’t about to give in though and recently told staff that he would rather shut down the trading platform than give in to a group of sellers attacking the site and it’s users.

Next Shell Suit Compatible Nike and Adidas Knock Off Phones