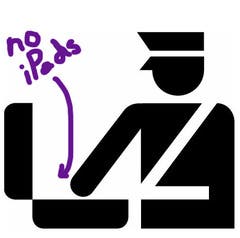 If your planning to travel from HongKong to the Mainland you may want to leave your iPad behind. As previously posted Chinese customs officials decided to charge carriers of the sleek Apple tablet a 1000 Yuan import tax regardless of the intended use. The idea being the tax would slow down the flood of grey market iPad’s, which are $97 cheaper in HongKong, from heading to the mainland.

However, a quick search on Taobao clearly reviles a number of unofficial Apple distributors in HongKong who can ship an iPad to the mainland without need for paying the customs imposed tax:
“You can order the iPad today and you don’t need to pay additional taxes to Customs,”  “We can help you” get around them.”
Says one Taobao seller named Cheung.

Even the Ministry of Commerce joined the debate last month claiming the tax imposed was to high and questioned the way in which custom’s officers are tackling the problem. Currently the iPad is classified as a personal computer meaning it is subject to a 17% tax, however customs are charging 20%! What’s more the tax should be based on the retail price of the device, but customs have valued the iPad at 5000 Yuan, 1000 yuan more than the retail cost of a 16Gb WIFI iPad on the mainland.

Chinese customs officials are planning to open an online forum to address the issue and inform would be travelers but have yet to give a date when it will be held.

Next Aishou 1.2Ghz Tablet Breaks the Mold and the Mirror