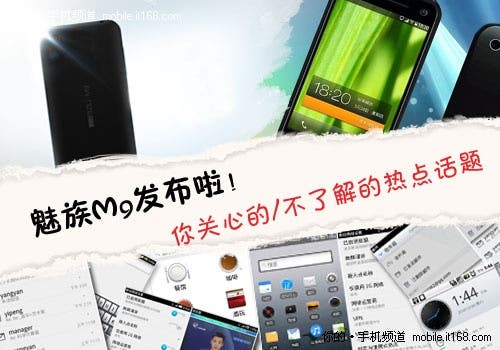 In terms of shear media excitement and fan frenzy Meizu are right up there with Apple!
The latest round of rumors today come after Meizu officially updated their website (very nicely done too) to include images and details of the soon to be launched Meizu M9 Android phone.

First rumor is the launch date, which although is now officially Christmas Day (Dec. 25th incase you forgot) most stores are telling customers not to hold their breath until closer January 1st.
December 25th is when the review models of the M9 will ship to various media outlets (of which we highly doubt we’ll be included! sniff :() and we can expect reviews ready online and ready for reading by Boxing Day (Dec. 26th). 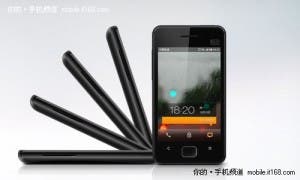 The launch date for sale all depends on how fast Meizu can get them to the stores, which looks to be just after Christmas for larger cities like Beijing, Shanghai, but could be as late as the beginning of the new year for the rest of us.

Pricing seems set a very reasonable 2499 Yuan ($375), but we don’t know if this is the base price or price with included Scandisk Memory card.

The next topic of debate is the leaked design image of the back of the M9. Many Chinese fans are claiming the plain black styling broken up by only the camera (no LED flash) isn’t very fashionable and that we’ve only seen mock ups and first drafts. So is the back really like this? Or does J.W (Jack Wong) have another surprise up his sleeve?

Only a week to go, but follow us on Twitter for up to date Meizu news. If you would like to get your hands on an M9 send us an email and we’ll put you on our waiting list.

Next Order Your Meizu M9 Online With Gizchina.com