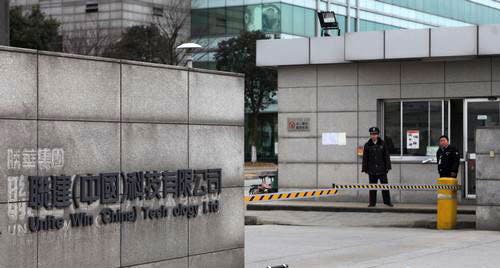 Last week Apple published details of how more than 100 Chinese factory workers were poisoned after coming in to contact with the chemical N-Hexane. The Alcohol substitute chemical used to clean iPhone screen, caused paralysis in at least 101 (confirmed) workers at factory in Suzhou owned by United Win Technology, are manufacturer of iPhone parts for Apple.

Now, we have news that workers are being forced to leave and receiving pay-offs as long as they forfeit their rights!

Apple confirmed that the poisoning happened due to faulty ventilation equipment and had ensured that the machinery was fixed and workers fully cured before work at the plant continued, however those workers who agreed to have their medical bills paid for by Win Technology also had to agree to have their work contracts terminated and will not be able to hold Apple or Win Technology responsible for any possible future medical expenses that may arise!

Some of those workers who had received medical treatment are still suffering from the side-effects of using the chemical N-Hexane 7 months after leaving hospital, with many fearing there illness could come back hospitalizing them again.

“I cannot quit my job for my situation, because I don’t know what will happen in the future,”

A worker named Guo said, stating that if he were to quit work and become sick again in the future he wouldn’t have the money to pay for his own medical treatment.

N-Hexane is commonly used in the electronics industry for cleaning screens, but if inhaled due to poor ventilation can cause paralysis of the arms and legs.