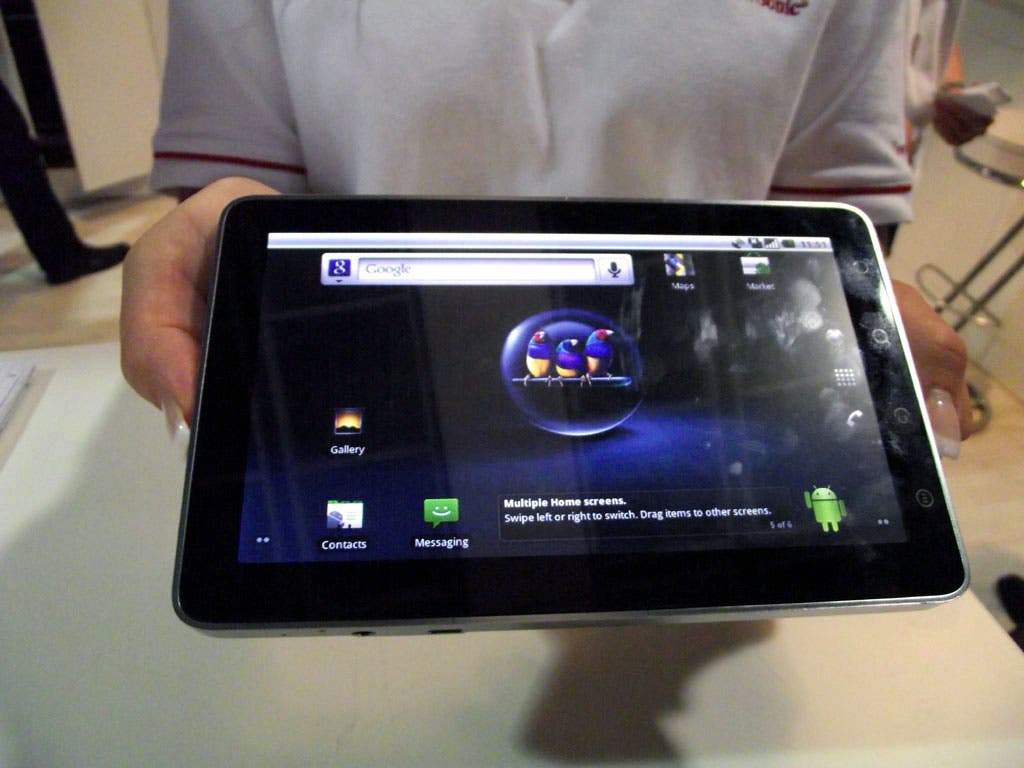 Viewsonic have released the Viewpad 7inch Android tablet recently in Beijing. The latest tablet from Viewsonic supports both GSM and CDMA meaning that it will play nice on both China Unicom’s and China Mobile’s data connections.
Priced at 3888 Yuan ($589) the Viewpad is in direct competition with the iPad, and despite being smaller may attract Chinese buyers over the Apple device.

The 7 inch capitative screen Viewpad 7 runs Android 2.2, can act as a phone, supports GPS navigation and has both front and rear facing cameras.
The 7 joins the Viewpad range of tablets slap bag in the middle of the larger 10 inch and smaller 4 inch Viewpad models, of which Viewsonic expect to sell 600,000 units in China this year!