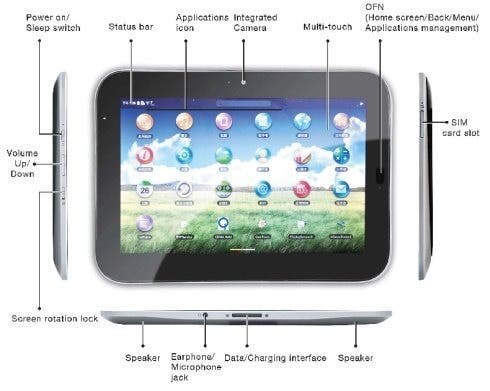 Lenovo are really getting their Android tablet game on. Their LePad tablet is currently getting preordered by Chinese techies and their are rumours that a LePad 2 will make an appearance before the end of the year!
But what about a bit of LePad love in the good old U.S where the LePad originally made it’s appearance at CES? Well if you were looking on getting your hands on one of the 10 inch touch device which packs a dual core qualcomm CPU clocked at a rapid 1.3 Ghz don’t waste your time hunting for the LePad as it turns out the U.S model will get a name change.

The Skylight as it is now known has just taken a trip to the FCC to get a thorough looking over before going on sale.
It’s not known if its only the name that has changed or if there are some internal tweaks going on too, but if the Skylight is already courting the FCC we shouldn’t have long to wait before we see Lenovo’s tablet on sale.

Next Android Wallpaper of the Week