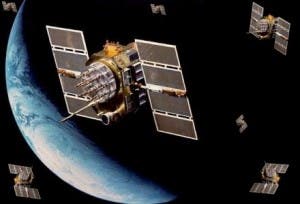 GPS is big business all over the globe, and here in China, home to the worlds fastest automobile market navigation is even a bigger business than in most economies.

Currently 95% of all navigation in China is handled U.S GPS satellites, but this is American dominance of global positioning and guidance sound like it could be coming to an end.

Chinese home grown, Beidou global navigation system is currently a work in progress, with only 6 of its 30 satellites in orbit, however the Chinese system is likely to be worth as much as 200 billion yuan by as early as 2015 a figure which is expected to grow to 400 billion by 2020.

It’s not just Chinese drivers, hikers and bikers that will benefit however as, according to Qi Faren the former chief designer of the Shenzhou range of spacecraft, the Beidou system will function any where the current U.S GPS system operates.

Beidou will not only just help lost motorists, and monitor the use of certain vehicles, but will also play a major role in forecasting earthquakes.