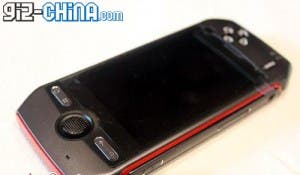 What happens when you get a bunch of blokes from the wine industry together who have no knowledge of computer games and their respective hardware?
Well in the case of Zhang Yu Aifei International Wineries in Beijing, and result of, what we like to be a drunken evening in front of a PS3, has ended up as a rather respectable looking Android based gaming phone.

Known as the MOPS Phantom of the Opera T800 (!!!) the obviously Nokia N8 inspired phone has some great features both hardcore and casual mobile gamers will really appreciate. 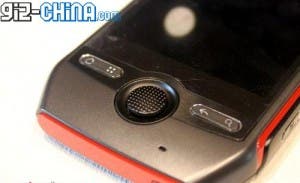 Turning the MOPS T800 to a landscape position and your left thumb will be happily greeted by a recessed analogue joystick, no crappy D-pads on the MOPS! 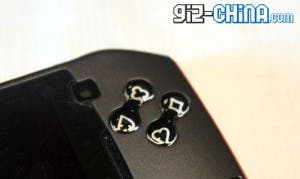 Under your right thumb there should be (unless you have the T800 upside down!) 4 control buttons, much like the controls found on any game system since the Super Nintendo.

With an analogue joystick and dedicated gaming buttons the MOPS T800 looks ready to wow those gamers who enjoy Android games such as Need For Speed, Gangster or one of the many FPS titles. 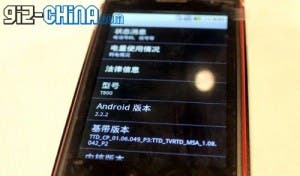 For those wanting a little less realism in their games or just want to have the casual game of Angry Birds or Plants Vs. Zombies (if it is ever released on Android) the MOPS designers have given the T800 a 3.5 inch capacitive touch screen with a resolution of 480 x 320.

All these controls and input areas are all well and good, but if that tapered  black and claret body houses a load of junk hardware it won’t be much use!

Thankfully the MOPS T800 has a dedicated 806Mhz CPU, 512mb RAM and a separate graphics GPU meaning it should be more than up to the job of fast frame rates and 3D graphic rendering. 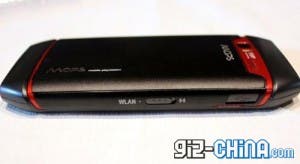 So the MOPS Phantom of the The Opera T800, has a really long and ridiculous name, is made by wine makers, and has some pretty impressive hardware in the gaming department, but how about as a phone? 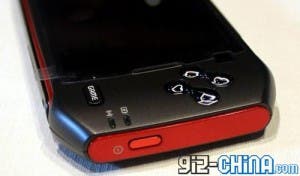 As expected the T800 supports 3G and get’s Wi-Fi, but surprisingly they have also managed to stuff in GPS, Bluetooth, Micro USB and SD card reader! 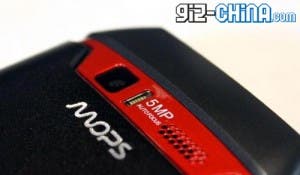 There are even front and rear cameras! Good ones too! The front is an impressive 3 mega-pixel unit, more than good enough for video chat and looking at yourself for hours on end. The rear is a more advanced 5 mega-pixel, auto focus lens with an LED flash for night pictures!

Overall this Android 2.2 based Chinese gaming phone looks pretty damn special. The outward appearance is good, if not that original, the specification is really great, and the inclusion of an analogue stick is going to ensure fans right from the start!

MOPS are planning to have the T800 Phantom of the Opera gaming phone on the market soon at a price of 2680 Yuan ($412) which is roughly the same as the Meizu M9, and half the price of an iPhone 4 (in China)!
There will be 3 colour choices in total. Black and red (shown here), white and and gold!