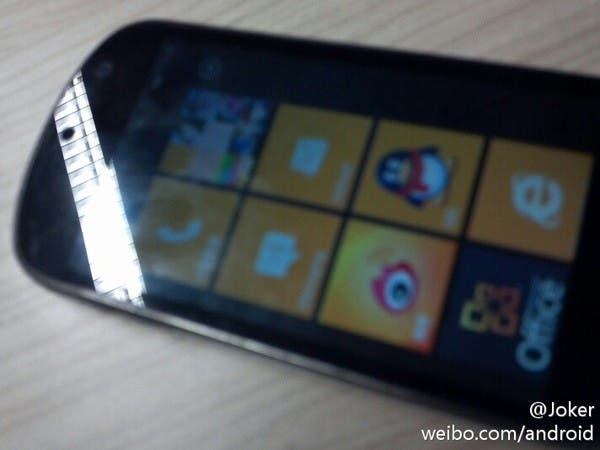 Engadget have managed to get hold of these images of Lenovo’s upcoming LePhone S2, but what’s surprising here is that the S2 is running Windows rather than Android!

The S2, Lenovo’s 2nd generation ‘LePhone’ is thought to be launching later this year and will feature a heavily customized Android 2.3.4, 1GHz Qualcomm Snapdragon MSM8255 chip, 480 x 800 display, eight-megapixel camera (with 720p recording) and a smaller plus lighter body than the rather chunky original.

The phone shown in the these images from Sina’s Weibo, show the S2 running Windows, which would make the Lenovo one of the first largely availbale Windows phones available in China.

Windows mobile has a heavy Facebook and Twitter intergration making the platform difficul to market in China as both service are blocked, however if Lenovo have replaced them with a Chinese equivolent like QQ, RenRen or Weibo they could be on to a winner!

Previous Siri On the iPhone 4 Not Ready Yet