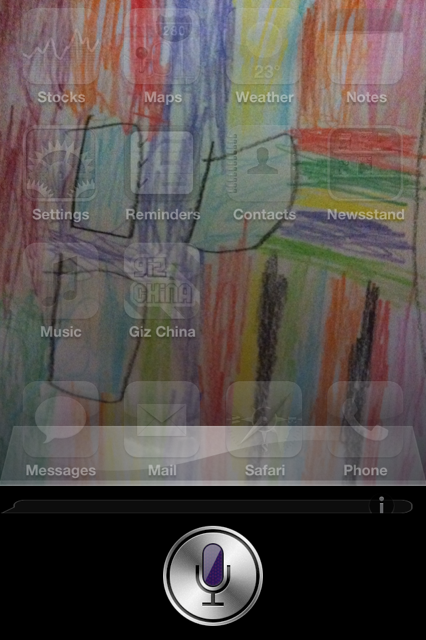 Siri has been finally ported to the iPhone 4! Siri on your iPhone 4 now! These are headlines similar to what have been popping up since yesterday, but the truth is not as exciting as it could be!

Like most iPhone 4 owners who like to dabble with the odd hack, I jumped at the chance to get Siri, the iPhone 4’s most prized feature, on my older iPhone 4 so I went ahead and downloaded the necessary files and followed these instructions.

However, I’m very disappointed with the results!

According to some articles, the news would have you believe that following this how to, you too will be able to get Siri fully operational and connecting the required Apple Siri servers, and there is a video to prove it:

The actual fact is that Siri can be ported to the iPhone 4, and iPod 4, but the hackers who managed to do it are not willing to let the cat out of the bay just yet (possibly ever!). The instructions will in fact only give you the Siri interface, meaning you’ll have the Siri button when you hold the home button, but she won’t listen or talk to you…..

Why did they port Siri to iPhone 4 and keep the how to secret!

The developers who managed to get Siri working on an iPod 4 claim they only did so, so that they could see if the Apple A4 chip in the iPhone 4 and iPod 4 would be up to the task of running Siri, and it would seem it is!

While we don’t quite have Siri on our iPhone 4’s yet, we doubt it will take too longer for other developers in the iPhone community to get Siri packaged up and offered as a Jailbreak app.

We’ll keep you posted with Siri on iPhone 4 news as we get it.