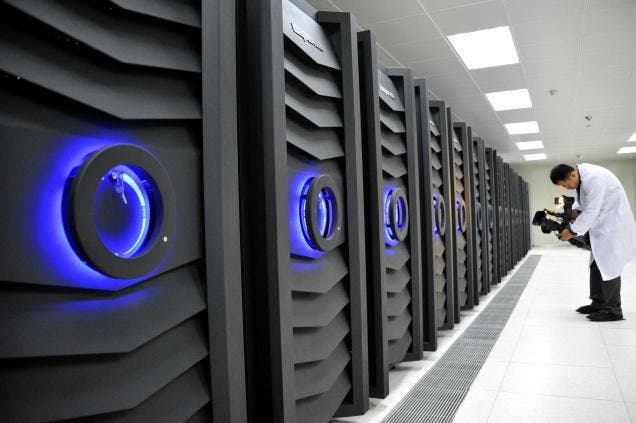 Before we start with how awesome China’s new supercomputer is, just take a look how cool it looks! It looks as though the designers have built the worlds larges Alienware computer crossed with HAL!

The new supercomputer, which was installed in September at the National Supercomputer Center in Jinan (not far from us), is called The Sunway System and is capable of performing up to 1,000 trillion calculations each second.

The Sunway System is also the first all Chinese Supercomputer and uses 8700 Chinese designed and made Shenwei SW1600 microprocessors.

Despite the awesome looks the the terrific power of the new machine, analysts believe that China are still a long way from taking the Supercomputer crown away from the likes of Korea, Japan, and the US.

Via: The Hindu and Ubergizmo