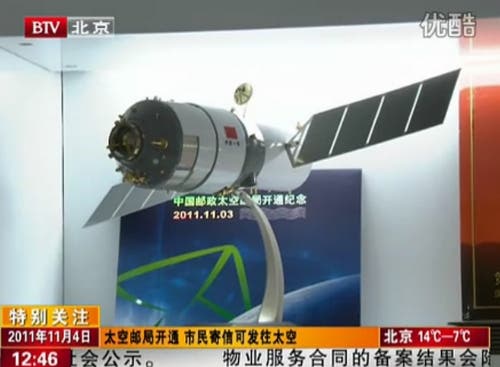 China have been managing to achieve a couple of remarkable ‘firsts’ over the past few weeks. First was the successful remote docking of two unmanned space vehicles, the docking between the Shenzhou 8 spacecraft and the Tiantong 1 space lab module also marks China’s first steps toward an orbiting space platform.

However, while the Tiantong-1 space module circles the planet waiting for more ships and modules to dock it won’t be idling spinning around Earth, but will in fact be acting as the worlds first ‘Space Post Office’.

The space post office, which even has it’s own postcode, 901001, is being ran by the Beijing Aerospace Command and Control Center (BACCC), in an effort to boost public approval and interest in China’s on going space program.

Chinese citizens will be able to send mail to the orbiting post office for astronauts and arrange to have it mailed back to them at specified time with an official postal stamp, marking the delivery as coming from outer space! 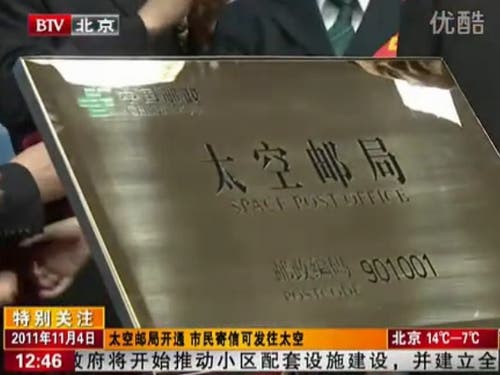 The idea seems pretty cool in a very geeky way, but is sure to be popular with couples already sending their wedding photos to the intergalactic post office for them to be mailed back on their wedding day!

The cost of delivery is really cheap too with letter being sent from Beijing only costing RMB 0.8 ($0.12) while those in other cities will have to pay a little more at RMB 1.2 ($0.19).

We’re not sure if the offer is open to non-Chinese residents, and we don’t know the postal address yet, but as soon as we find out we’ll be sure to let you guys know.

So how would you like to receive your very own message from space?

Next iPhone 4S Delayed in China