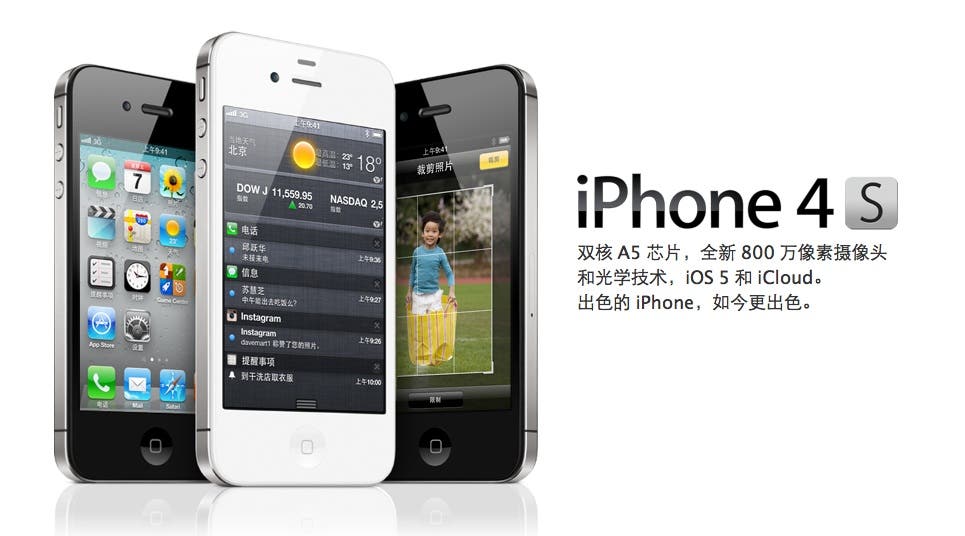 It looks as though us in China are going to be the last people on EARTH to get our hands on an official iPhone 4S!

Apple and known for getting their latest and greatest mobile devices in to the Chinese markets months after other countries get them as approved with the iPad, iPhone 4, iPad 2 and now the iPhone 4S!

The problem lies with the approval process in China, which insists all mobile devices with a mobile data connection must be approved by 2 official governing bodies before making it’s way to the MIIT (Ministry of Industry and Information Technology) for a final once over before going on sale.

Sources at the MIIT have been on Sina’s Weibo service claiming that the iPhone 4S has yet to be delivered to them and have no idea when it is likely too! I think the fact that someone in China’s official Ministry of Industry and Information Technology authority is more than happy to publicly leak information about the latest Apple device could be one of the reasons for Apple consistent late entry in to the Chinese market!!

The good news is that once MIIT do get the iPhone 4S for testing it could take as little as 8 days for it to receive the official rubber stamp of approval.

I thought the iPhone 4 was ready for a Chinese launch after seeing Apple had officially dropped the iPhone 4 16GB, 32GB and white models on their Chinese store and are now offering a budget 8GB iPhone 4.

In the meantime die hard Apple fans in China can easily make their way to a local electronics market and pick an iPhone 4S up on the grey market for roughly 5500 Yuan ($866) or even fly down to Hong Kong and get an officially launched iPhone 4S for as little as 4200 Yuan ($661).

Next Asus Delays Transformer Prime to Give it some Ice-Cream Sandwich!