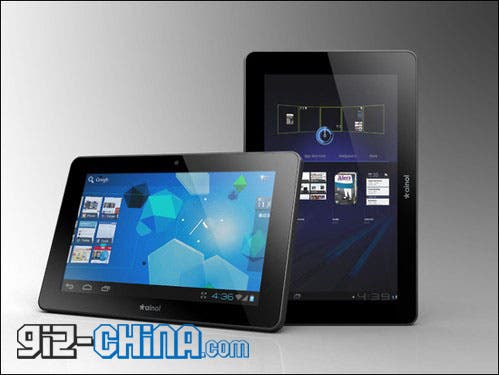 It looks like we won’t have long to wait to get Android 4.0 Ice-cream Sandwich on our Ainol Novo 7 tablets as Ainol has just announced they plan to release the update in January.

Currently the only Ainol tablet to ship with Android 4.0 ICS (Android 4.0.3 Ice-cream Sandwich) is the low cost $89 Ainol Paladin tablet which features a basic configuration, and lacks the camera’s and SD card of other Ainol tablet models.

The rest of us who bought Ainol Novo 7 Basic tablets and Ainol Novo Advanced Android tablets, can look forward to getting ICS on our bargain 7-inch tablets very soon as the company have announced the ROM will be available for public download early 2012.

The version of ICS which will be available as the update will be Android 4.0.3 we’ll post details and download links once the update is available.

Ainol now have 5 Android tablet is in Novo 7 range starting at the low cost Ainol Novo Paladin with Android 4.0 and topping out at the Nov0 7 Aurora which features a 7-inch IPS screen with 1024 x 600 resolution.

All of the Ainol Novo tablet range will be eligable for the Android 4.0.3 update in January, which is reported to run extremely will on the Xburst JZ4770 or ALLSTAR A10 chipset.

Next How to install all your Android apps and games for FREE!