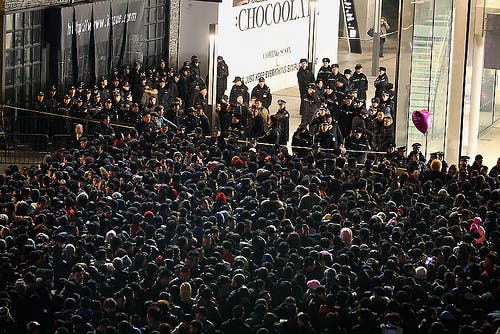 More iPhone 4S related violence has broken out today, this time at Apple flagship store in Beijing, forcing Apple to cancel the latest iPhone’s launch in the capital.

As is often the case violence erupted between scalpers and security guards, after Apple employees tried to turn away people and prevent queuing for the iPhone 4S.

Genuine customers and scalpers were turned away after crowds for the iPhone 4S grew to large to control in Beijing, today forcing Apple to postpone the iPhone 4S’s Beijing launch. 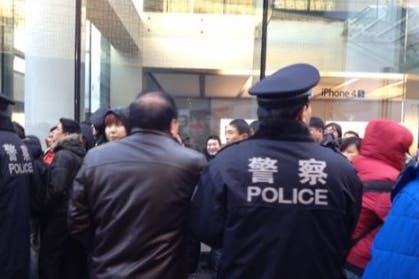 Fights, egg throwing and general chaos kicked off, with Beijing police finally resorting to call in a SWAT team to clear the area!

Scalpers were clearly the problem and cause of the violence today, which is proven here in this video of scalpers fighting with Apple security guards! 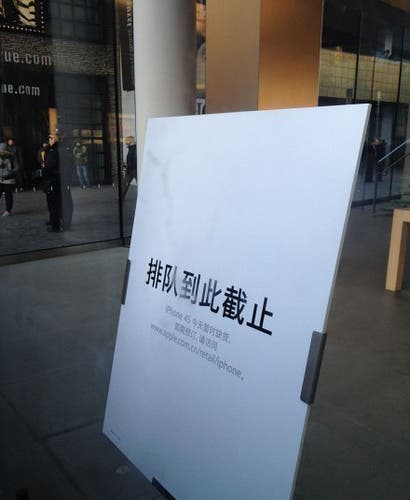 The Beijing Apple flagship store has now placed a sign outside the store telling people not to line for the iPhone 4S, and China Unicom are now sending text message reminds to customers about ordering the iPhone 4S from home with free home delivery!

More China iPhone 4S news as we get it

Next How To: Free Ringtone With App Android