Proview have managed to do what Samsung would love to. They have managed to get Apple’s iPad tablet taken off store shelves and removed from sale on e commerce sites, but what does Proview’s iPad look like anyway?

Proview are stirring up quite a stink in China, and all over the Apple loving world for that matter. It’s clear that the iPad trademark was actually filled by them, but what did Proview’s iPad look like compared to Apples iPad tablet? 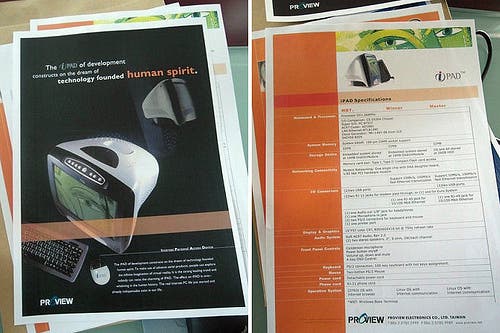 Well judging by this promotional material detailing the Proview iPad, the device looks alot like the original all in one Apple iMac!

Proview’s iPad system actually started development way back in 1998, which puts name ownership well in Proview’s hands, however judging by the shaking iMac knock off they stuck the iPad name to it’s a wonder they have the nerve taking Apple to court in the first place. 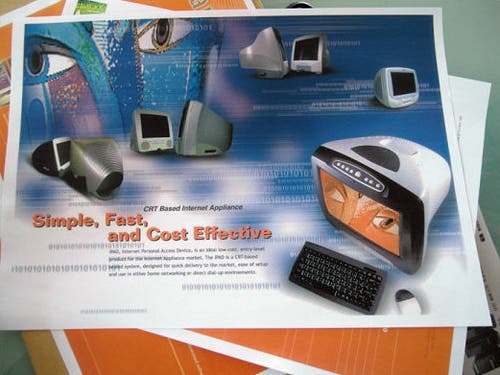 The Proview iPad is based around a 15inch CRT monitor, much like the original iMac design, and boasts a 265MHz CPU, 32 MD RAM, 16GB storage, 2 x USB plus PS/2 keyboard and mouse ports.

Proview only managed to manufacture 20,000 of their Linux powered iPad all in one computers before going bankrupt, but the company had a whole iFamily planned including an iPDA, iNote, iDVD and iClient! 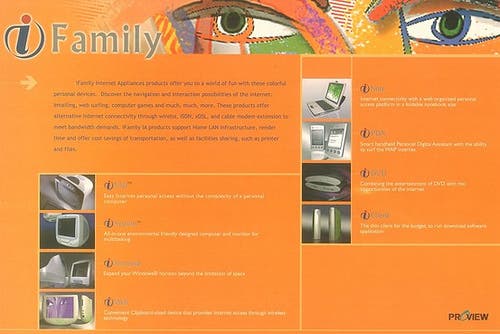 It will be interesting to see what the courts make of Proview’s iPad / iMac knock off when it is eventually used as evidence!

We’ll bring you more Apple VS. Proview news as we get it!