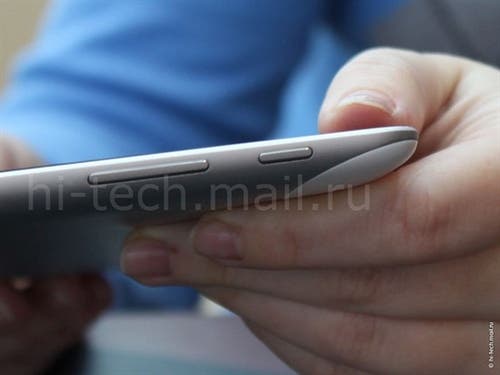 Huawei can’t seem to keep out of the spotlight these days, with leak after leak of their upcoming Quad Core Android devices. This morning we brought you a photo of  a Huawei tablet which we have now learned to be the Quad Core MediaPad FHD we reported on previously.

The MediaPad FHD was actually originally leaked by Huawei chairman on his Sina Weibo account, but we now have more images and specification details for the upcoming Quad Core Huawei tablet.

As you can see from the photos here, the new MeidaPad 10 takes it’s styling from the current iPad 2, with a hint of HTC thrown in around the camera lens and LED flash.

On the hardware side the Quad Core Huawei Android tablet is reported to be clocked at 1.5 gHZ, will run Android ICS 4.0.1, features a 10.1 inch touchscreen, 3g, Wifi and an 8 mega-pixel camera with LED flash.

Price is rumored to be roughly $670 which would suggest Huawei believe they can take on the iPad 3 on a level playing field rather than trying to beat Apple on price.

Next How to install CyanogenMod 9 on your Android HP Touchpad