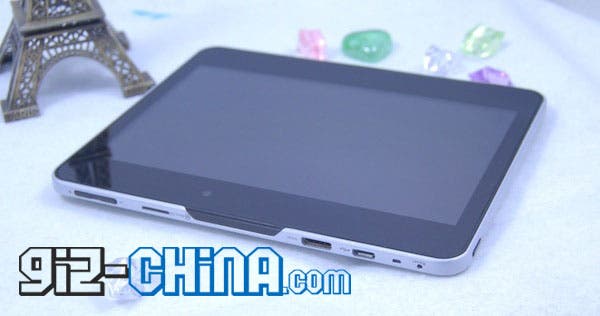 Apple WWDC left a lot of people disappointed with a no show for the iPhone 5, new Mac Mini, iMac, Mac Pro and of course a mini iPad! But don’t let the lack of official mini iPad upset you too much as you can always pick one up in China.

That’s right yet another Chinese tablet maker has decided to produce a smaller iPad tablet for all the Apple fans who want one, but this mini iPad doesn’t run Apple’s iOS operating system!

Like all of the smaller iPad tablet models we have seen sprouting out of Chinese factories this knock off iPad mini runs Google’s Android 4.0 ICS OS, and in some respects actually has a better specification than any iPad Apple has put together to date!

A front facing camera finishes of the rest of the spec with an all alloy body holding it all together.

Pricing has been announced just yet but don’t expect this fake mini iPad to cost any more than $99!

Next How to Install Siri on your iPad 1 With WordJelly and Ac!d