Lenovo have introduced yet another low-cost Android tablet to their every growing Android family. The new Lenovo A2107 joins the rest of the low-cost 7 inch Lenovo tablets and boasts some great features such as built-in 3G.

The Lenovo A2107 7-inch 3G tablet looks like pretty much all similar 7 inch tablets, meaning you get a largish bezel around the screen to avoid accidentally opening apps and such while in use, and comes in the standard tablet colour, black.

Specification wise Lenovo have made the A2107 to be as cheap as possible while offering the maximum number of connectivity options viable so as standard there is wi-fi, 3G, Bluetooth etc. 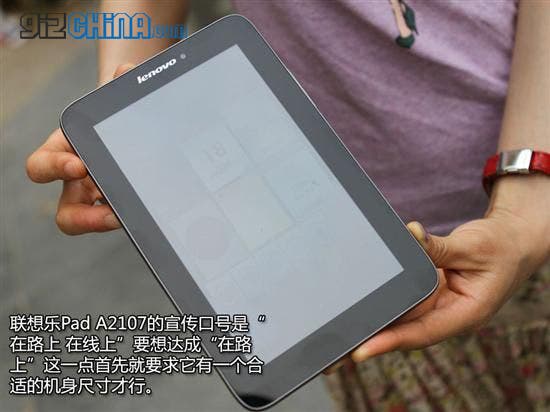 Don’t expect the A2107 to blow you away in the performance stakes though as this little tablet gets a single-core MT6575 1Ghz CPU with 1GB RAM, which is fine for most things but will likely struggle with some games.