The Oppo Find 5 is on most of our wish lists as, according to the various rumours, will sport a simply amazing specification, but now we also know what the new Oppo Find 5 will look like thanks to these leaked Oppo Find 5 photos!

Thanks to Gizchina reader Martin for the tip who found these leaked hands on photos of Oppo’s new phone over on the MyOppo Forum.

As you can see from the leaked photos Oppo’s next generation phone wont be just about performance and will be a fantastic looker too!

Oppo’s designers have obviously used lessons learned from the Oppo Finder 3 phone (one of the thinnest phones on the market) and have given their new 5 inch screen, quad-core phone a similarly thin design! 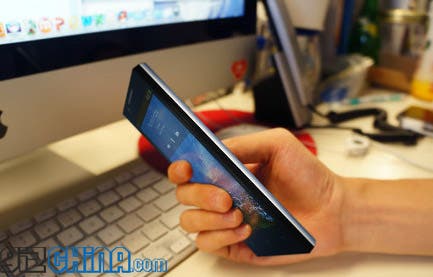 Along with these real photos of the Oppo Find 5 some specification details were also corroborated including the 5 inch display with 1920 X 1080 resolution, 2GB RAM, quad-core Qualcomm 8064 CPU and impressive 12 mega-pixel rear camera!

Back to the design of the Oppo Find 5 which in my mind looks like it has taken some styling tips from the current range of Nokia and Sony phones which together has created one of the best looking and possibly most sort after Chinese phones of 2012! 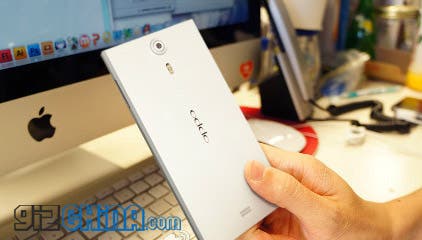 Next Oppo Find 5 vs iPhone 5 vs Samsung Galaxy S3!