Xiaomi currently have a few Android smartphones and a (non working) Xiaomi TV Android set-top box, but what they don’t have is a Xiaomi Tablet. Fortunatly 3rd party devs and companies have worked together to bring Xiaomi’s MIUI ROM to tablets such as the Onda V971.

I personally believe that the launch of a Xiaomi tablet is inevitable, but unit that time we will have to make do with tablets such s the 9.7 inch Onda V971 running Xiaomi’s MIUI ROM. 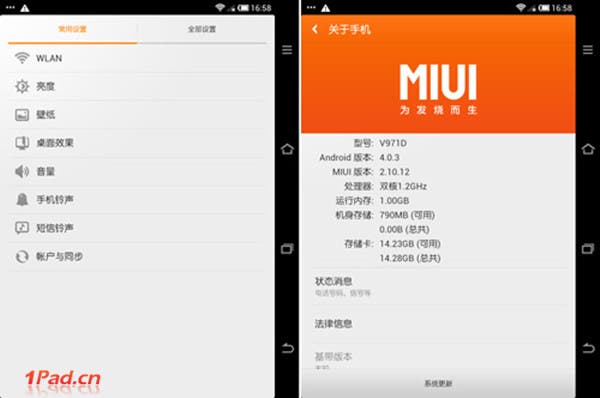 Next Patents suggest Meizu MX2 will get new method of unlocking