Some guy’s have all the luck! Even though the Oppo Find 5 was launched some weeks back, the 1080 phone is due to go on sale until late January, but judging by these unboxing photos someone has gotten their’s early!

At the official launch of the Oppo Find 5, a number of things were made clear such as the 13 mega-pixel Sony Exymor Pro rear camera, 1.5Ghz quad-core CPU and 2999 Yuan price tag, but their was no announcement of an official release date.

Well it looks like no one has bothered to tell this Weibo user that the Find 5 is not available yet, as he has gone ahead and managed to get his hands on the flagship phone and quickly made these unboxing photos! 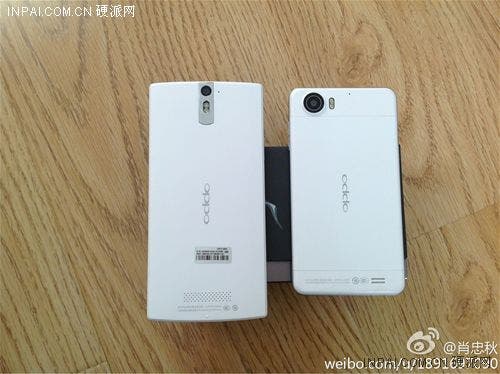 Nothing really surprising is shown in the photos, but we do get a good look at the NFC and Near ME store hand books, plus a nice size comparison of the 5-inch Find 5 next to the uber thin Oppo Finder 3.

I hope that this mean our review phone is going to arrive soon.

Previous Corning Gorilla Glass 3 to be launched at CES 2013 !