The Newman N2 is Newman’s latest, quad-core flagship phone. While availability is still quite scarce, we have been lucky enough to get our hands on one for a full in-depth review.

UPDATE: I have updated some details since first posting this review. I have updated the firmware to version Newman_N2_00.22, which has boosted Antutu benchmarks and also fixed the problem with focus when capturing video (see below).

Newman have been manufacturing consumer electronics for years, and are well regarded as one of the leading manufacturers of MP3 and MP4 players, as well as portable data storage devices here in China.

Last year they decided to take the plunge and make their first Android phone, the Newman N1, which sold like hotcakes. The N1 was followed by the entry-level Newman NX, and now for 2013 a new flagship phone has launched, the Newman N2.

I have been eagerly awaiting the arrival of the Newman N2, as this latest flagship phone looked absolutely stunning on paper. With a quad-core Samsung Exynos 4412 processor and 1GB RAM, we should see blisteringly quick performance.

The large 4.7-inch 720HD display sounds visually stunning, and speaking of visuals, a 13 mega-pixel rear camera is bound to excite the inner photographer in all of us.

But, how does the N2 stack up as a complete unit?

The design of the Newman N2 isn’t as stylish as the original N1, but the generic rectangle, and neatly beveled edges are a welcome sight after seeing all the Samsung inspired designs on the market. 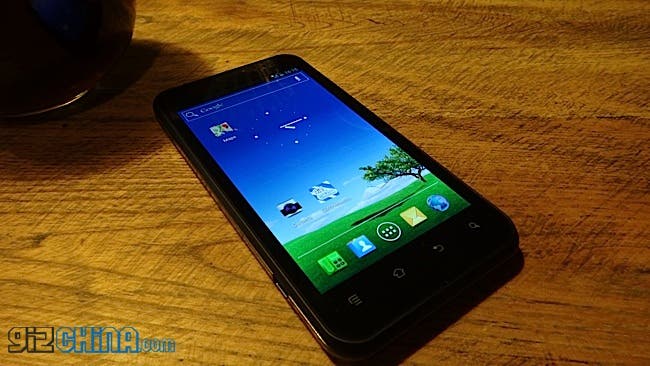 The phone doesn’t get the super narrow screen borders we are starting to see on other phones, but the smaller 4.7-inch screen means the N2 still manages to feel comfortable and is easy to grip. 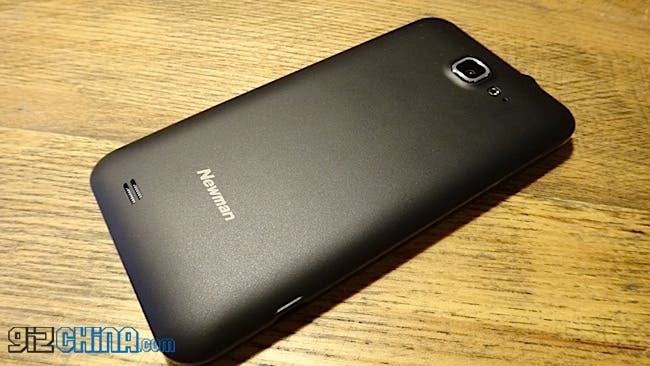 I’m not a fan of glossy back panels on phones. They don’t fill me with confidence when trying to text one handed and they attract fingerprints and marks much easier than other finishes, thankfully the N2 doesn’t suffer from this as the rear is coated in a grippy rubberised finish. 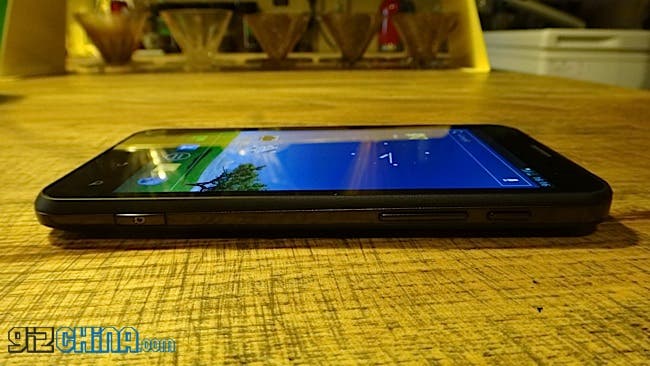 At 10.5mm the N2 isn’t the thinnest phone on the market, but it still manages to feel comfortable, and seems thinner, thanks to the curved edges which taper at a pleasing angle. The extra girth also allows for a good size 2500mAh battery.

I generally like N2’s subtle, understated looks, which give the phone a “wolf in sheep’s clothing” persona. After a quick glance, most people (potential theives included) wouldn’t realise that the N2 is practically a Samsung Galaxy S3 with a more affordable price tag! 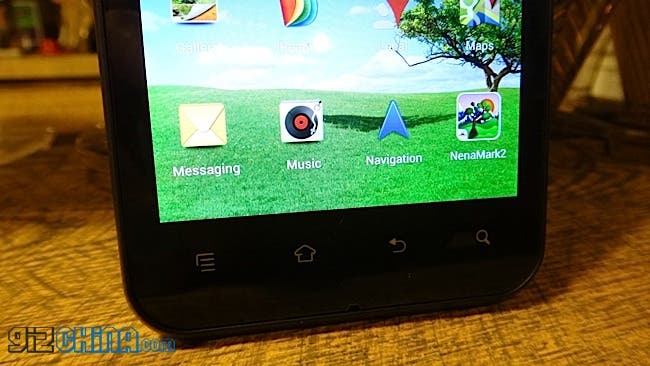 The front side has 4 capcative buttons to navigate through the Android 4.0 ICS OS, with a 4.7-inch IPS 1280 x 720 display sitting directly above. The capacitive ‘chin’ buttons and larger bezel of the screen might not give the air of a 2013 flagship device, but they work as well as on-screen controls and thinner edges (plus we will likely see these updates on the Newman N3 or N4). 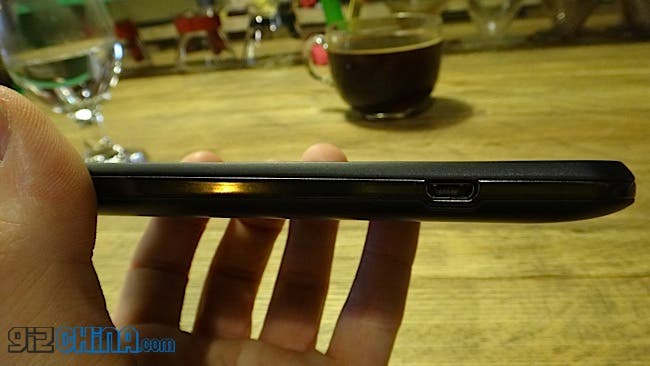 On the left side we have a micro USB for charging and transferring files, and at the top we have a small recess where we can prise the rear panel off to access the SIM, SD card slot and battery. 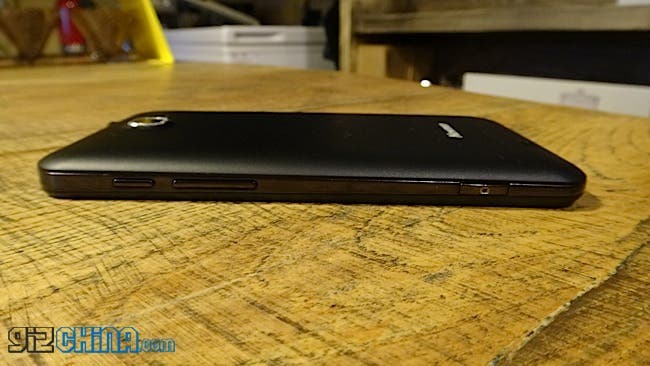 The N2 has 3 physical buttons, a power/lockscreen button, volume rocker and a shutter button, all of which are located on the right hand side and can be easily used single handed. 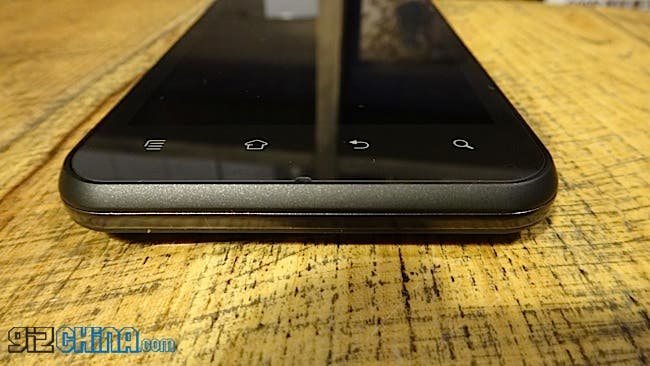 Nothing is found along the bottom edge of the phone, but the microphone can be seen just where the glass of the display and beveled plastic edge meet. 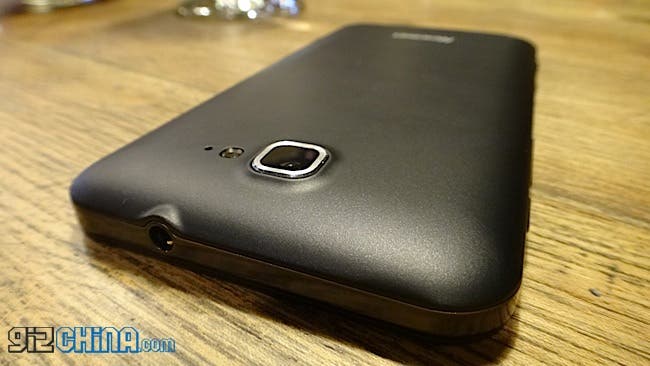 Headphones (not included) are plugged in via the 3.5mm headphone jack on the top of the phone. 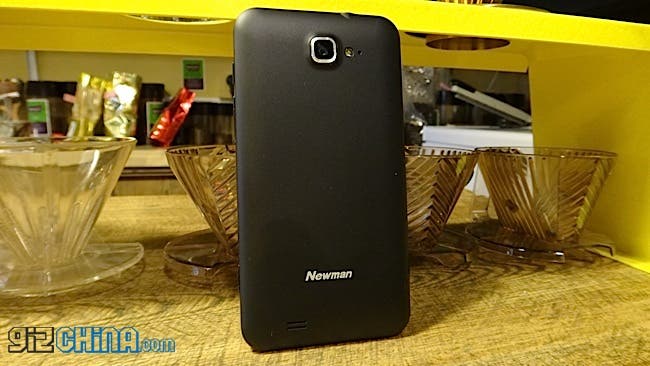 From the back we can see a subtle Newman logo, small speaker and the 13 mega-pixel camera and LED flash. Again the design is functional rather than flashy, and while other manufactures might be tempted to label that 13 mega-pixel sensor, Newman have left it blank.

The N2 weighs in at 5.35oz (152g) which is about average for a phone with a 4.7-inch display and is similar in weight to a Motorola RAZR HD. Some of you are going to want the phone to be lighter and closer to the Nexus 4’s 4.9oz (139g), but I’m more than happy with the weight as it affords the Newman a larger battery and SD card slot. 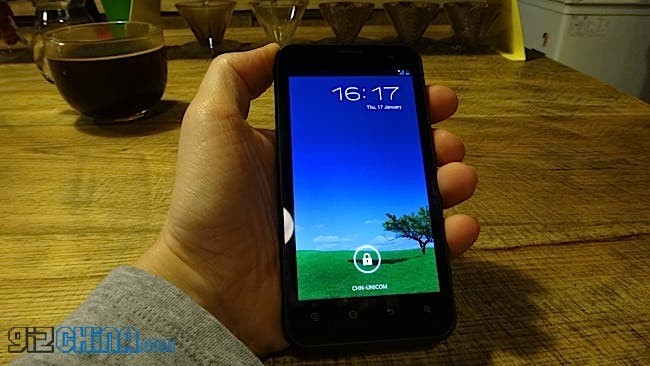 I’m also happy with the overall size, although I do believe Newman could shave a good amount off the phone if they had a narrower bezel and built in battery, but again we will have to wait for a next generation model for that.

After unpacking the N2, inserting the battery and powering the phone on my first words were “Wow, this screen is good!”. If offers bright colours, and give images a natural and not over saturated look. 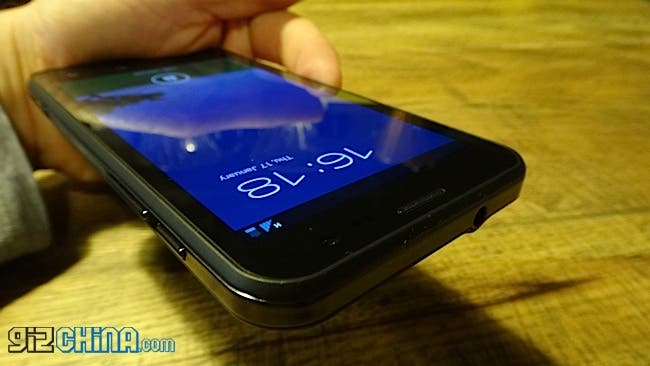 I did notice, however that although the screen is an IPS model viewing from certain angles wasn’t quite as good as I would have hoped for. I believe is down to the maximum brightness of the phone not being as high as I would have liked, and hope Newman can rectify this with future firmware updates. 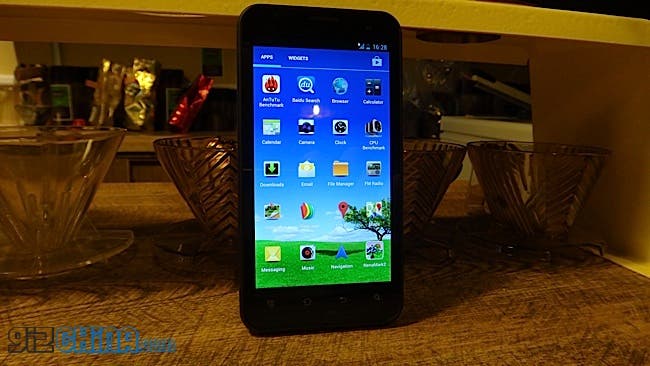 The overall low brightness of the screen also affects viewing the phone outdoors. The day’s which we tested it outside weren’t bright summer days, yet we still struggled at times when the sunlight did hit it.

Gaming: Gaming on the Newman N2 is fantastic, which comes as no surprise due to that 1.4Ghz quad-core Samsung Exynos CPU and 1GB RAM. I tested a few games including Riptide GP, Angry Birds and Jetpack Joyride, none of which caused the Newman N2 any headaches.

Video: Video is handled just as well, and the Newman N2 happily can play 1080 HD video all day long without a hicough.

Speakers: The speaker quality on the N2 is solid if not mind blowing. If anything it is a little on the quiet side for a Chinese phone, which generally tend to be pretty loud. Obviously you’re not going to find super bass from a built in speaker on a phone priced as competitively as the N2, but for gaming or sharing the odd movie with friends it performs an adequate job.

One of the major selling points of the N2 is it’s rear 13 mega-pixel camera and I can confirm it takes some really beautiful photos. Take a look at the samples below to see for yourself, and if you want full size untouched Newman N2 photos then download the file here.

Although the auto focus on the N2 is a little slow at times, the quality of the images it manages to capture really knocked my socks off! A phone of this price just isn’t meant to be able to produce stunning still images like this, but the N2 kept grabbing great photos time and time again!

I tend not use a flash when taking photos, but the LED on the Newman proved to generate enough light to enhance photos, rather than make them look washed out. Just watch where you place your finger, as I sometimes found the flash to reflect of my skin and add glare to photos.

If I have to complain about one thing though, it’s the burst mode for capturing a number of images in succesion. As it is now, the phone won’t start taking photos for a full 2 seconds after pressing the shutter when on burst mode, and when it starts you don’t know how long it is going to keep shooting for. It’s completely unusable and I hope it get’s sorted with the Jelly Bean 4.1 update.

UPDATE: After updating to 00.22 (which I did with a simple over the air update) the problem with focus has completely gone away! Video capture is now very smooth and much improved over the previous firmware! It’s great to see Newman are addressing issues with firmware updates! Great job!

Performance was never going to be an issue with the N2. Pages loaded quickly when browsing the web, the games I tried barely made the hardware sweat and the overall responsiveness of the phone felt snappy and instant. UPDATE: I followed advice commenters had and updated the firmware to version Newman_N2_00.22, the N2 now performs even better! 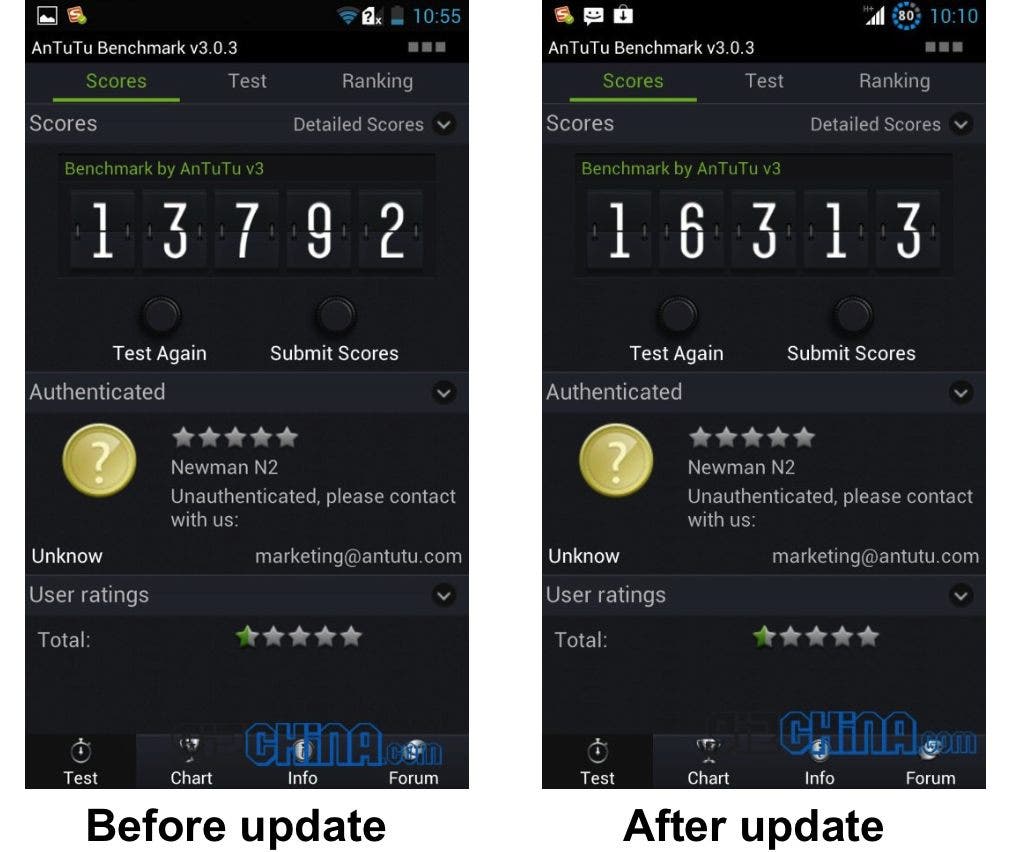 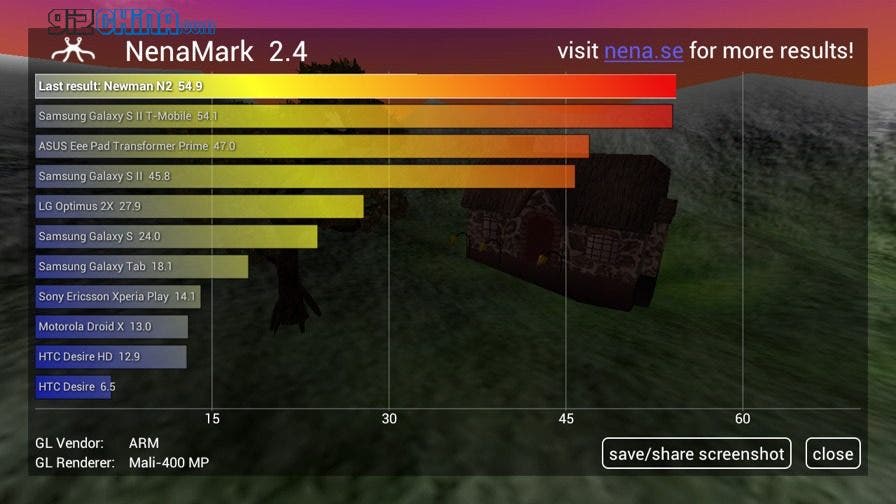 Nenamark2: Nenamark results were good too with the Newman N2 managing 54.9 FPS.

NOTE: If you would like me to run any other benchmarks please let me know and I’ll add the results here.

To give you a true indication of how long the battery lasted in the Newman N2, I’ll first explain my (bad) phone habits. I leave 3G, Wi-Fi and GPS on all the time. Reasons being that I want email’s pushed to me as I get them, and I take a lot of photos and want the location to be stored without having to change settings. 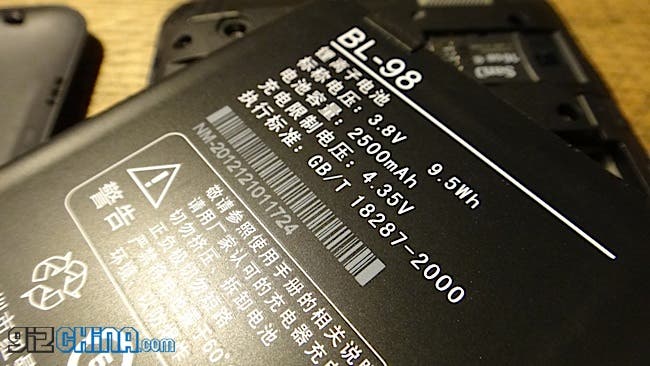 For test purposes I also browsed the web quite a bit, streamed video from Youku and played a few levels of Riptide GP during my lunch. From my experience with the Newman N2, I found the phone to be able to last me through quite an intensive work day, with enough juice to get me home before needing a top up.

I’ll continue to test the battery life this week with different services turned on and off, and using the phone for different purposes from day to day to get a better idea of how it performs and add an update with my findings.

The Newman N2 had me excited before I tried it and now after some time with it I’m even more excited!

And that rear camera! Wow! (if you are taking stills that is) for a phone of this price to come with a 13 mega-pixel rear camera is one thing, but for it to perform as well as this does is just an amazing bonus! In fact quality isn’t far off my dedicated Sony point and shoot which cost 1000 Yuan more and doesn’t offer the same quality screen, and smartphone features!

There are a few niggles I hope Newman will fix such as the problem with the burst shutter function, and the constant refocusing when capturing video, but hopefully this and screen brightness will be addressed when Android 4.1 Jelly Bean rolls out.

For the price, 1499 Yuan (in China) $299.99 internationally, it is one of the best Chinese phones we have ever tested, and if gaming, video and browsing the web and spur of the moment photography are your main priorities I see no reason why you shouldn’t consider picking one up, I certainly am!

Thanks to Android-Sale and to Newman for arranging our review unit.