Beidou have a sketchy track record with phone launches. They are known for leaking impressive hardware at insanely low prices and taking month to ship them, and the same is true for their quad-core Beidou Little Pepper.

We first saw the ZTE manufactured, quad-core Beidou Little pepper in October, and since then nothing but more leaks and speculation have emerged from the company.

It seems the latest Beidou phone is on track though, and pre-orders began yesterday, much to everyone’s surprise! As usual the quantities are limited, only 20,000 will be available, but those lucky enough to book one of the 999 Yuan ($160) phones can expect it to arrive after the 22nd January. 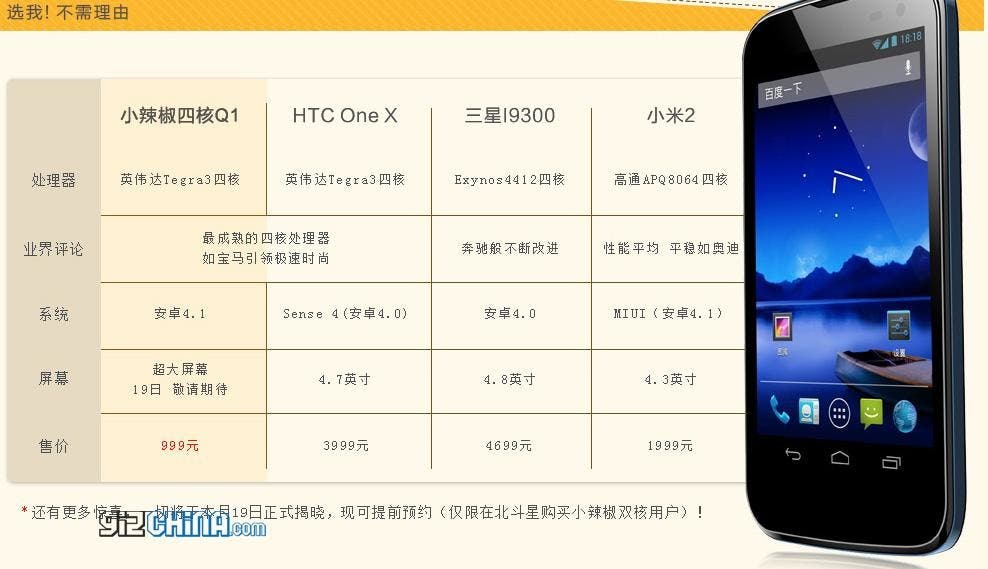 Strangely Beidou have only announced the price, processor and that the phone will run Android 4.1 as official specs. The rest of the phone, including screen size is still a mystery!