If you have never heard of Cubot then you are not alone, but the phone maker is set to make its presence known with their quad-core MT6589, Samsung Galaxy Note 2 clone!

Now, you might not have heard of Cubot before, but I am pretty confident you have seen the design of the A6589 over the past few months. The exterior is identical in design to the Zopo ZP950 phablet and THL W7, both of which are 5.7-inch Android phablets with Galaxy Note 2 influences.

We wouldn’t be all that surprised if the Cubot A6589 is made by either Zopo or THL either, however unlike the other 2 Chinese phablet the Cubot is running the latest quad-core Mediatek MT6589 processor for more performance and better battery life!

Unfortunately though that is where the upgraded begin and end! The Cubot still only sports 1GB RAM, an 8 mega-pixel rear camera and the screen is the same 5.7-inch 1280 x 720 unit as found on both the Zopo and THL. 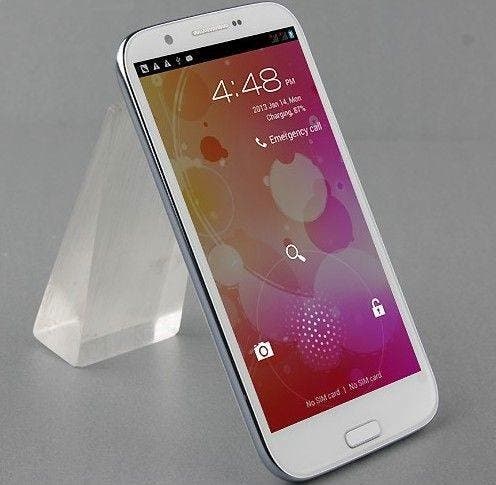 The Cubot is currently on sale at a number of online resellers for around $260, however if you were to hang on for a little longer we wouldn’t be too surprised if both Zopo and THL offered updated versions of their phablets for a similar price.

Next The GooPhone One is a HTC One (aka M7) clone from China!