Purported leaked photos of the Retina display iPad mini have been discovered with unveil a few details of the next tiny Apple tablet.

Chinese tech site WeiPhone have been lucky enough to come across a set of photos which show the rear case of the alleged retina display iPad mini. The first notable difference between those in the photos and the current model is the colour of the Apple and iPad markings, which could hint at iPod Touch 5 colour options for the new device. 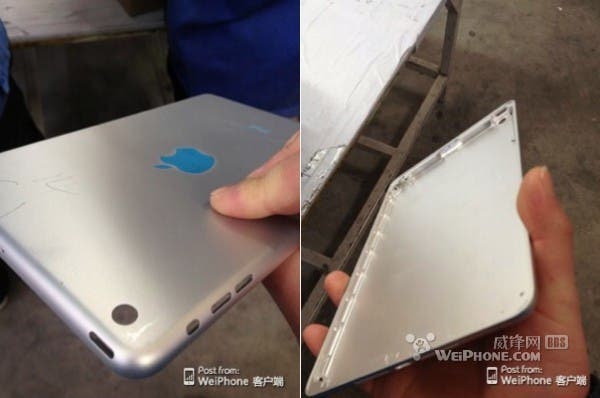 On further inspection it appears the Retina iPad mini is a shade thicker than the original, this would make sense as the higher resolution panel will demand larger batteries and more space.

Other than those differences the 7.9-inch tablet seems to be similar to the current model, but will obviously receive some sort of performance boost and possibly even camera updates when launched.

Previous ZTE Grand S price could be as low as $480

Next Please Xiaomi! This Cannot be the Xiaomi Mi2a can it?