Update: Pricing for the Vivo Xplay has been confirmed at 2998 Yuan ($486). No details at to an international launch yet. We will bring full launch details soon!

It looks as though we can finally stop speculation on the size of the Vivo Xplay’s display as new leaked photos and spec sheets confirm a 5.7-inch 1080p display will be used.

In addition to the size sources are also reporting that the screen will be a LTPS (Low-temperature polysilicon screen) keeping the display bright while reducing power consumption, OCA optical bonding technology for improved viewing and 2.3mm narrow bezels. 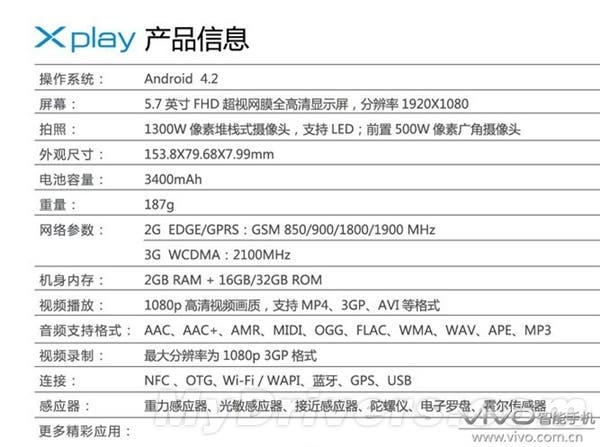 Vivo will officially launch the Xplay this evening at the Watercube in Beijing.