Yesterday afternoon, Chinese electronics maker Konka held an online conference where the announced the Konka V981 quad-core Android smartphone. Konka, an established maker of TVs (I have one) and other home appliances, have been slowly pushing their range of Android phones and have even made steps in recent months to launch devices outside of China. 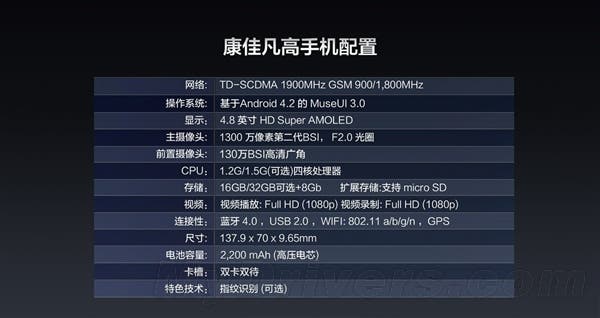 The Konka V981 is based around a quad-core Mediatek MT6589 processor which is available in either 1.2Ghz or 1.5Ghz Turbo guise, but the real exciting details are the built -in fingerprint scanner and Super AMOLED display!

Konka have updated their MUSE ROM to allow the scanner to act as a security measure, allow guest mode or even have different users log-in with just a touch of the Super AMOLED display!