Hi guys, I just got my Umi X2 Turbo a few days back and I’ve spent some time on the device and I’m finally ready to give my humble 2 cents regarding the phone. Initially I was more inclined to get the Neo N003, but when they announced the launch date would be on the 25th of June and kept their plans to upgrade their processor a secret, I turned my attention to the UMI X2 Turbo

What you Get in The box 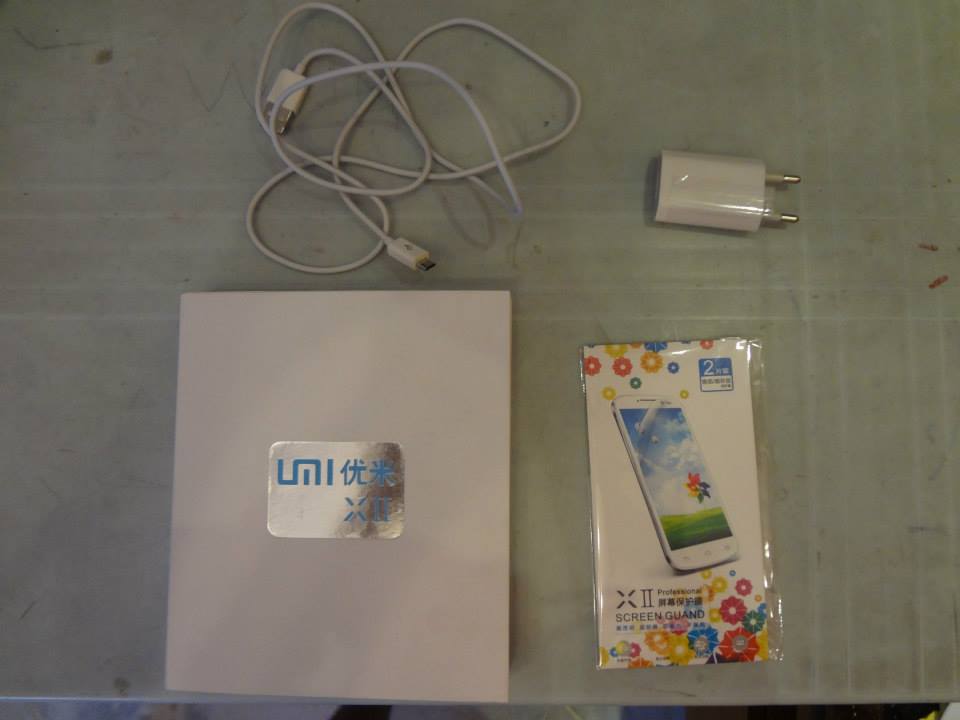 The package includes the box (obviously), 2 screen protectors , a USB to micro-USB cable and the charger head.   Upon opening the box, the first thing that greets you are two pages highlighting some features such as the Full HD, OGS Gorilla Glass 2 Screen. The 13 mega-pixel camera and the hardware under the hood. 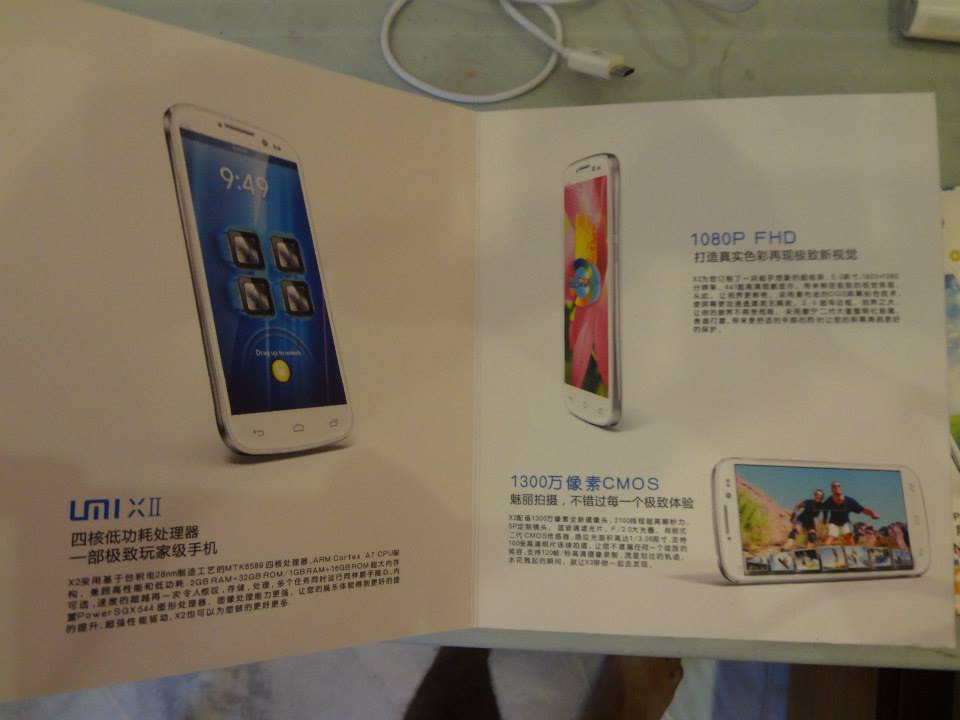 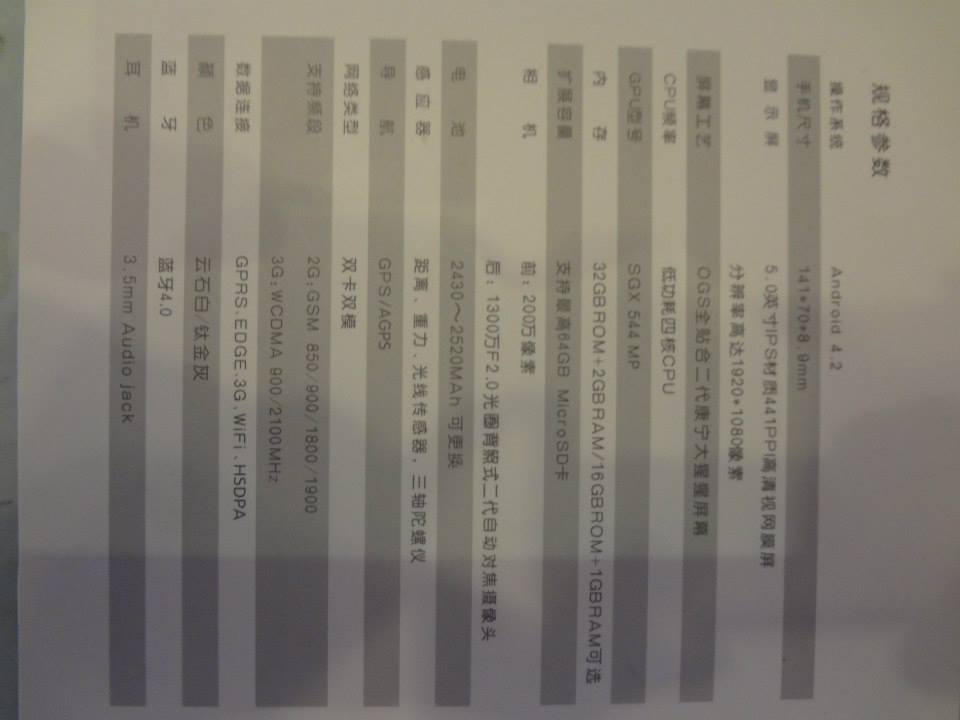 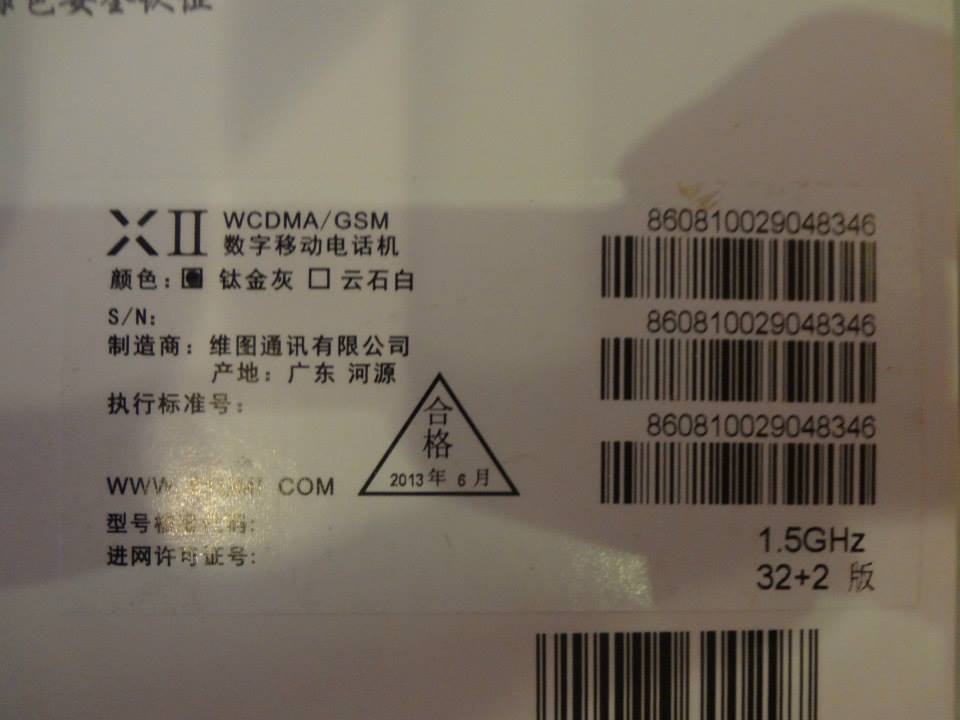 Having opened it for the first time, I must say that I was pleasantly surprised at its design and quality. I was ready for a plastic flimsy Samsung rip-off but what greeted me was far from it. At first glance, the layout of the front camera and headpiece does resemble Samsung’s Galaxy series. However, due to the absence of the home button, I believe that it does in fact have greater similarities with Google’s own Nexus 4 baby. Overall however, I believe Umi has managed to put together a solid design that may appeal very well to the general population. 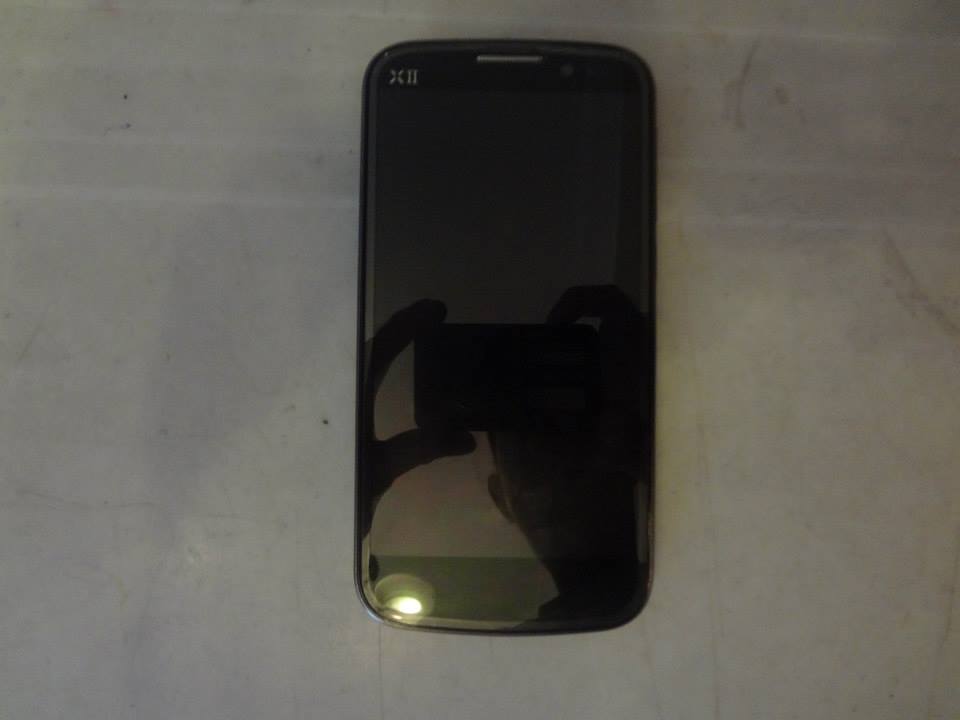  Flipping over to take a look at the back, you’ll find the 13mp Camera and rear speakers at the bottom. 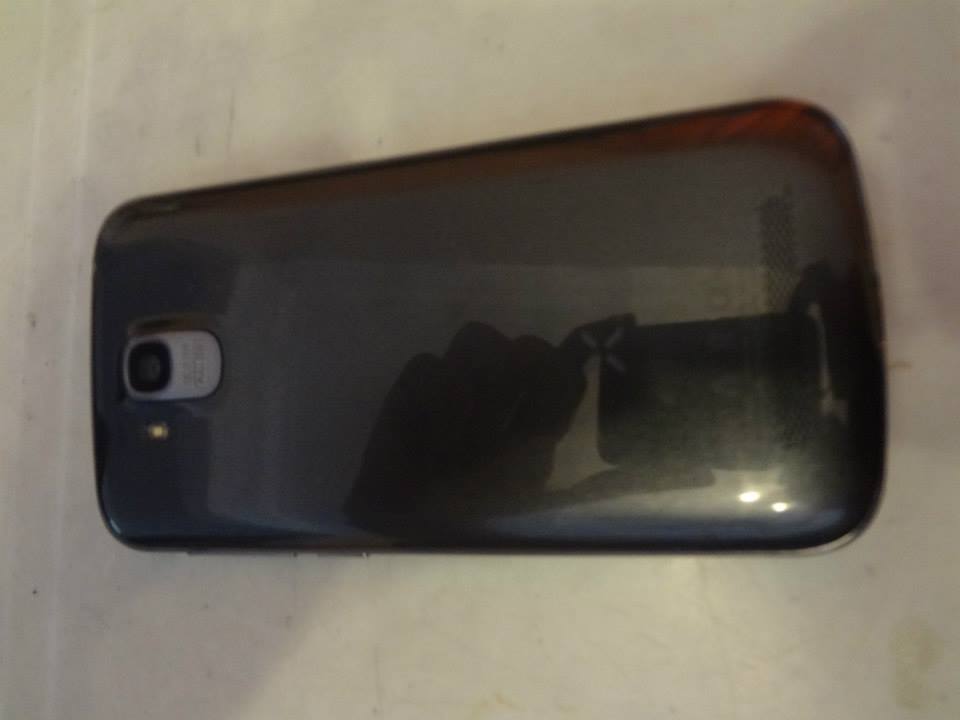  And just to let you guys see how “thin” the phone really is, I’ve placed it beside a Kingston pen drive as well as a coin for comparison’s sake. 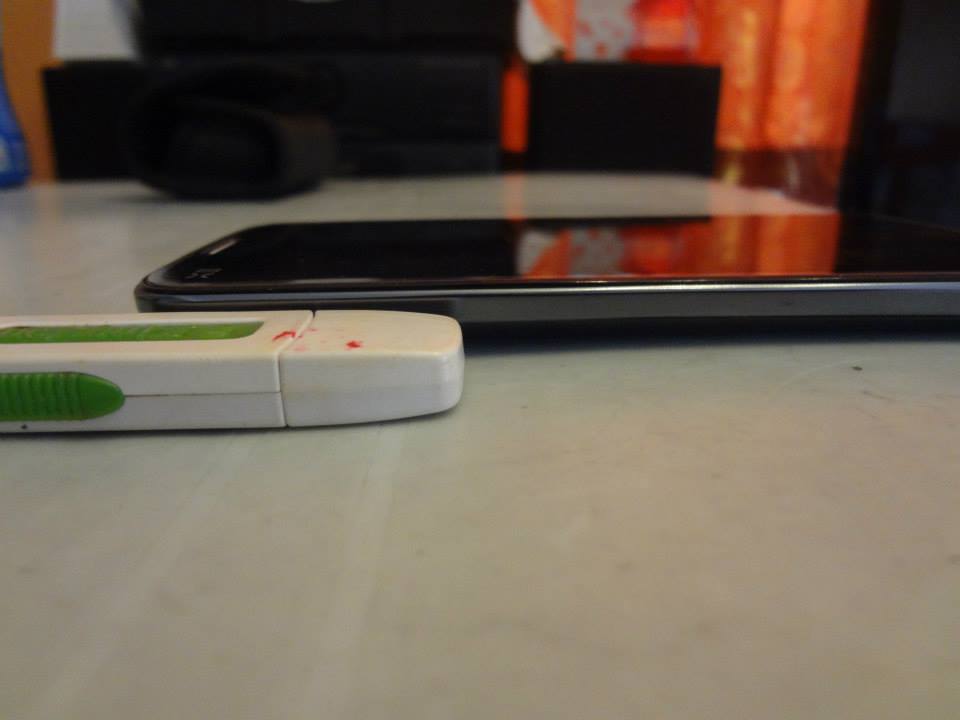   On the right side you’ll find the volume rocker as well as the screen lock button. The Micro-USB port is located at the bottom and the 3.5mm headphone jack is on the top left corner. All the physical buttons are located on the right side of the phone, So it’s extremely great for one-handed operation. 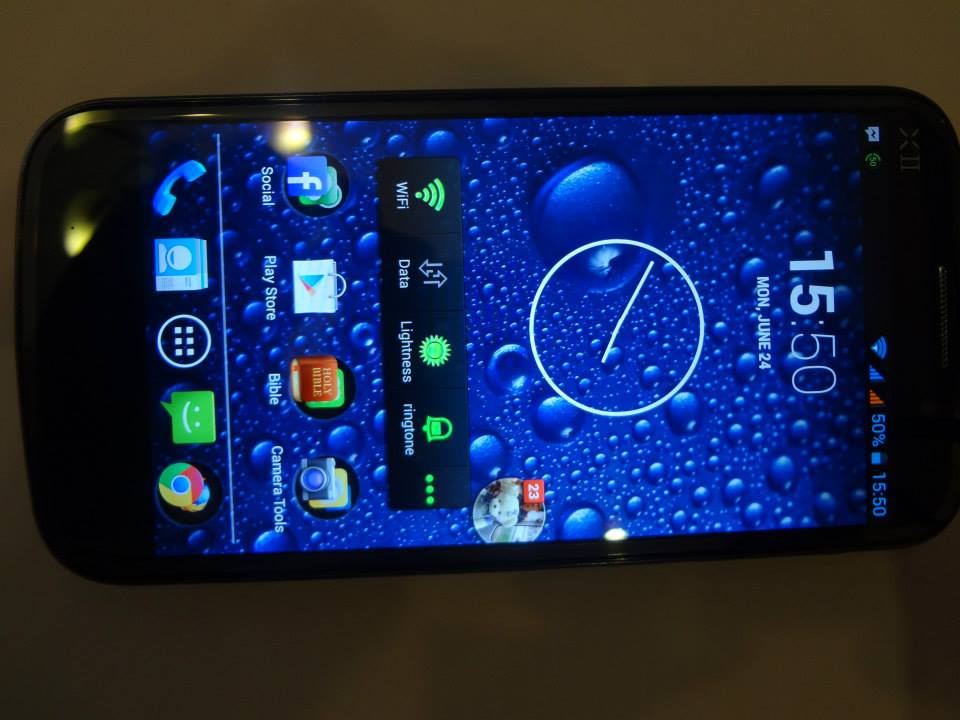 The Screen is quite bright. But it’s not as bright as the Amoled’s of the Galaxy S series of Samsung’s. Having said that, the Full HD screen is just pure eye candy. (it’s got me eyes drooling)
 
Overall, I believe that Umi has pieced together a total beauty =)

Hands on with Vanilla Android

First up, Some benchmarks and screenshots of the hardware Specs.    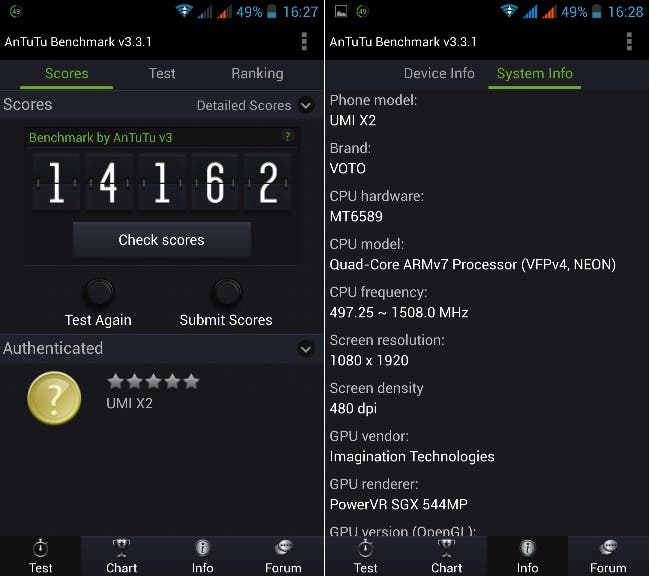 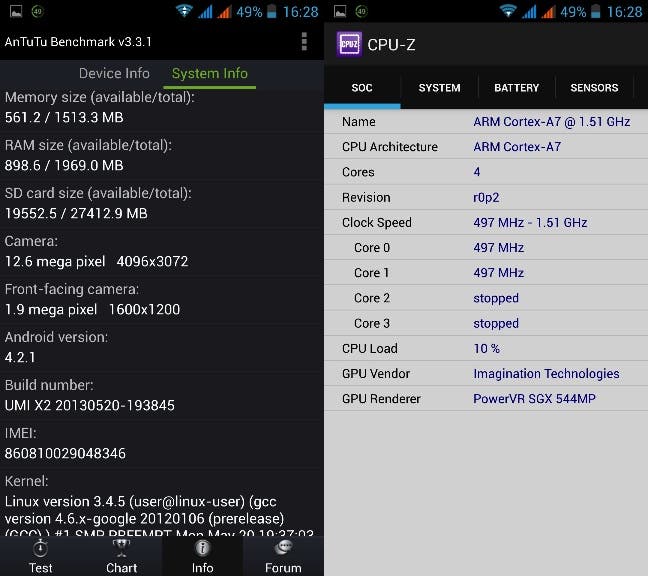       I ran Antutu and Cpu-z and got what I expected, the scores and screenshots speak for themselves. Performance is snappy and responsive. Honestly I was worried that the hardware would not be up to par to support full HD screens but so far, I’ve been proven wrong. DEAD wrong. The phone is running stock android with some minor UI changes. Which is just the home screen app button that says UMi. I’ve changed that by installing nova launcher because in all honesty, the stock launcher was choppy at first swipe. 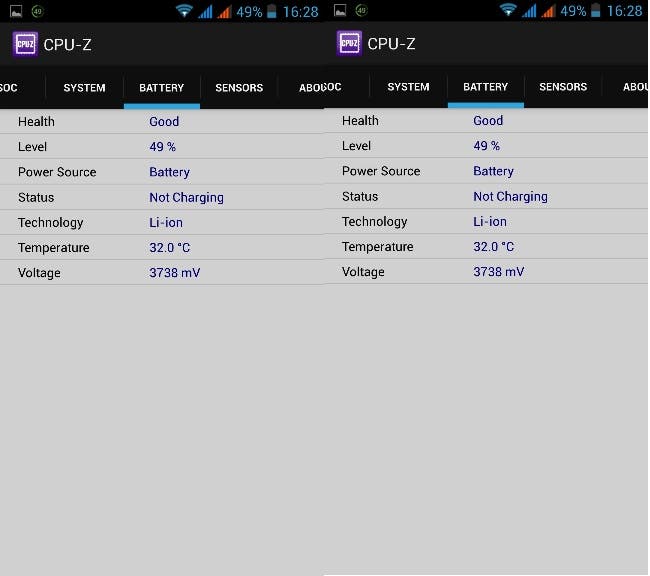 Following swipes were of course buttery smooth but the initial swipe was always met with some delay. But other than that, the phone runs blazing fast with no hint of lag. Having said that, UMI turned off the animations as well, which I found quite odd. But it’s easily enabled back at developer’s options. By The Way, Play store was already there when I got it, but the other google apps were not there, such as Gmail, Youtube, Maps.

The standard camera app was absolutely hopeless. It lags and takes some time to focus. (Especially in low light conditions). Having said that, installing 3rd party camera apps solved the issue. Personally I installed Camera MX. Here are some photo’s capture with the 13mp camera. 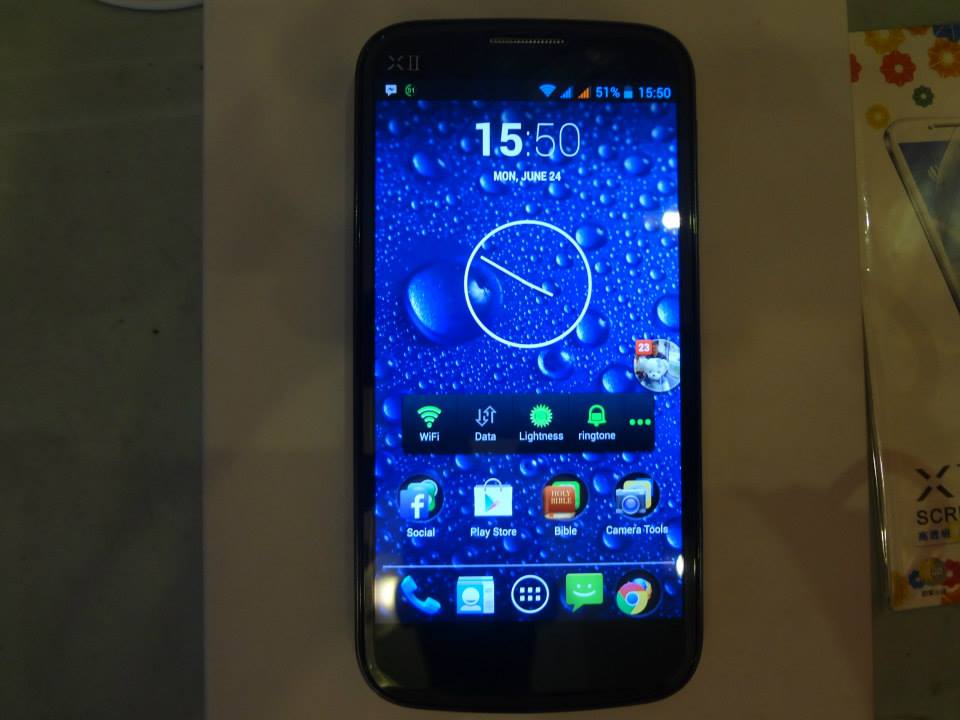 I’m from Malaysia and I use two sim cards from 2 networks. Signal Strength is excellent, at times I have signal whereas my Dad’s Iphone 4s does not. Mum’s got a Blackberry Z10 and I’d say that signal wise, it’s better than both. 3G is lightning fast but somehow the Z10 still comes out on top. However, I must mention that the wi-fi range is just horrible. I’d have to be within a 5m radius of my router to get it. What’s funny is that when it does detect my house wi-fi, it’s full. But as soon as I move out of the 5-7m range. It just disappears off completely. That’s something to work on and hopefully (I pray) UMI will get a fix for this. Don’t know if it’s the hardware or ROM that’s causing this.

I’m a heavy social user. If I’m not on wifi, you’d be sure I’d be on 3g. FB, WeChat, Whatsapp and Line. All the time (that rhymes =D). 3G is a battery killer. That’s one thing everyone knows. Even the 2500mAh battery UMI provided ain’t enough. On 3G with the screen on. It’s safe to say that for every 3-5mins, 1 percent goes down. Wi-Fi is less draining and is able to get me through the day with it constantly on. But if you’re a casual user who games/surfs and calls on the average. I believe that this phone has the stamina to last the day.

The UMI X2 Turbo is a great phone. It’s my first personally owned smartphone, but have thoroughly played with the Samsungs, iPhones, xperia’s and nokia’s. Build quality is great, people stare and their eyes pop out of their sockets when I tell them it’s from China. Being a Malaysian Chinese myself, it’s no secret that China used to pump out worthless rip-offs that could be a ticking time bomb in your pocket. Friend’s poked fun at me before the phone arrived, and now, all I hear are ooohs and ahhs. Great design, smooth buttery interface, good connectivity and a 13mp shooter that shoots pictures that make people drool. UMI has made this phone worth the wait. Big Thumbs Up.

[templatic_contentbox type=”author” title=”About the Author”] Oon Tjoe (pronounced Joe), 21 year old university student studying engineering in Malaysia. Technology enthusiast and singer. Love the outdoors. Ever since I stumbled upon Gizchina, my interest in China phones grew and I finally purchased my first china phone after being convinced that getting a China phone does not mean that I’m purchasing a ticking time bomb. [/templatic_contentbox]