THL have 3 new phones available this week, the dual 13 mega-pixel THL Monkey King, 2GB RAM THL W8S and the mid-range THL W200! Best of all we already have GizChina discount codes for each! THL W200 discount code and details coming in a separate post.

Of the 3 phones on sale this week from THL, it is the Monkey King which I am most interested in and excited about. It isn’t the most powerful of the 3 and it isn’t the most expensive, but for a Chinese brand it is the most unique phone we have seen in a while.

THL phones usually have the same Samsung inspired body as the W8S (or similar) but for the Monkey King (and W200) THL have gone for an all new look.

The discount code of the THL Monkey King on Antelife is gw11u24 and the product page is here. 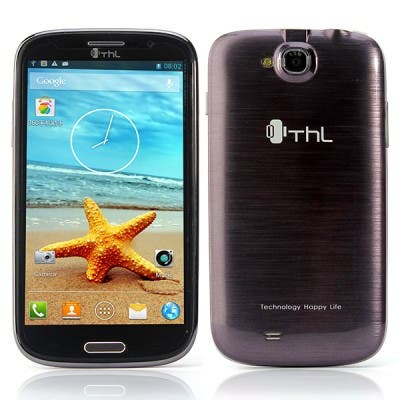 Antelife have told us that the THL W8S will be the first 2GB RAM, 32GB memory MT6589T phone they will have in stock, with phones available from today. The design of the W8S is traditional THL design, but what it lacks in looks it more than makes up in performance.

If you are familiar with the original W8 then you will already know that this is a 5-inch Android smartphone with 2000mAh battery, dual SIM support and Micro SD card expansion.

Next THL W200: most affordable MT6589T phone on sale? Plus GizChina discount