After the latest spy/leaked photos about new ZOPO 1080 phablet, today we have new leaked images about not only one, but two new models!

This morning, in fact, has appeared on the official ZOPO ITALY Facebook page documentation about ZOPO 3 new models CE and ROHS certification for Europe, issued by the German Phoenix-TestLab: the already known ZP980 and two mysterious ZP990 and ZP1000. What phones are? 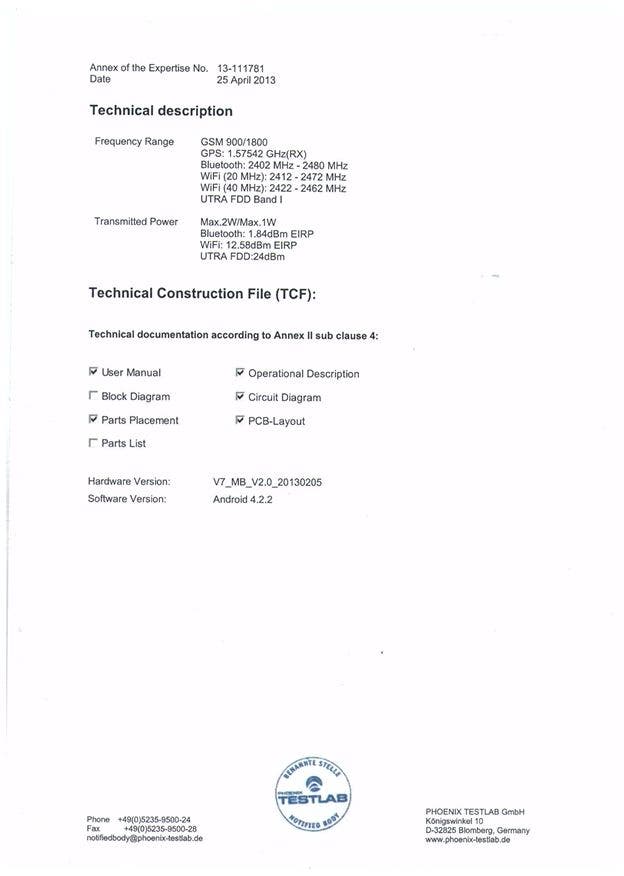 The images also reveal that the Android software version installed on devices will be 4.2.2, as well as other necessary information related to the Bluetooth, WiFi and GPS.

What do you think about? Between the two, ZP990 and ZP1000 there will also be the new phablet? Or is this another two new models?

In the coming months we will discover what does ZOPO and in the meantime we just have to work of imagination!