Zopo’s mysterious 1080 phablet has now been officially listed as the Zopo ZP990 with full specifications and pricing now available.

Like most Chinese phones and phablets the ZP990 will be available in a more affordable 1GB RAM 16GB memory version and a top of the range 2GB RAM and 32GB memory model, both of which will come in either black or white and also boasting Gorilla Glass displays. 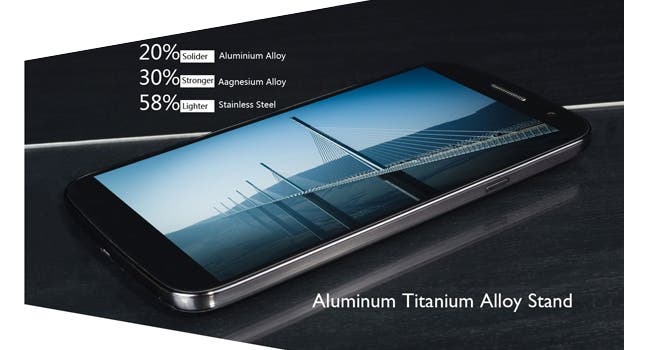 From the Zopo ZP990 specifications listed here, the large screen phone measures in a 164.3 x 83.4 x 9.2mm with screen bezels of just 2.8mm. For us though the most interesting feature of the Captain S is the Aluminium Titanium alloy frame which promises to be stronger and lighter than stainless steel or alloy frames.

It’ s great to see that Zopo have worked on improving the rigidity of their phones and are showing their commitment to phablets, however we would still like to see are more unique body design rather than the traditional Samsung style.