The latest Vivo X3 leaked photos are possibly the most bizarre we have seen from any Chinese phone maker! The Vivo X3, thin enough to slice and dice vegetables?

The company behind Vivo originally started out as a manufacturer of Nintendo clones back in the 80’s but over the past few years have reinvented themselves as manufacturers of some of the best made and innovative Chinese smartphones to date! The Vivo X1 was is still one of the thinnest phones available after over 12 months on the market and the Xplay was the first 5.5-inch 1080 HD phone to go on sale. 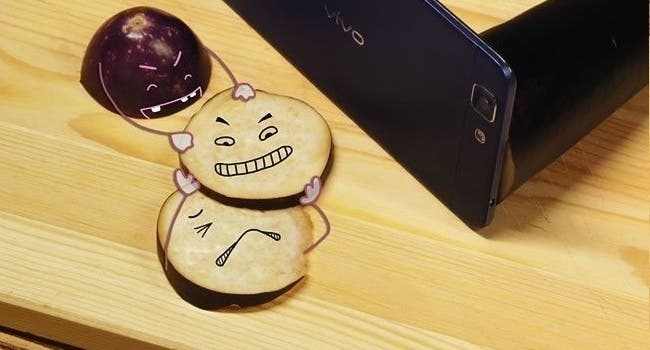 Vivo’s next product is going to be another super slim handset. It’s expected to be called the Vivo X3 and could measure just 5.6mm thick (depending on the battery Vivo finally decided to use in the phone) but as the X3 will boast a 5-inch 1080 display and quad-core CPU will most certainly be the thinnest phone in it’s league.

Vivo should launch the X3 around the 22nd August, but as you can see by these photos they are already marketing the phone as a super thin, almost knife like phone.

Previous Xiaomi Mi3 silicon cases on sale, more clues to what the phone will look like!