Another quad-core phablet with 1080 display and 2GB RAM will go on sale later this month here in China. What separates the KIVU Big 7 from other devices though is the 17 mega-pixel rear camera and low price.

The KIVU Big 7 Ultimate is based the familiar MT6589T platform with 2GB RAM, 32GB memory, and a 1920 x 1080 5.7-inch display. For Chinese customers the phone ships with Ali Cloud OS which is also found on some Zopo phones, offers dual-sim support and SD memory expansion.

One standout feature are the cameras which are listed as 5 mega-pixel for the front and 17.3 mega-pixel on the rear! Obviously we will have to assume that the phone uses software interpolation to boost the mega-pixel count as the MT6589T only support 13MP sensors, still it’s an interesting feature. 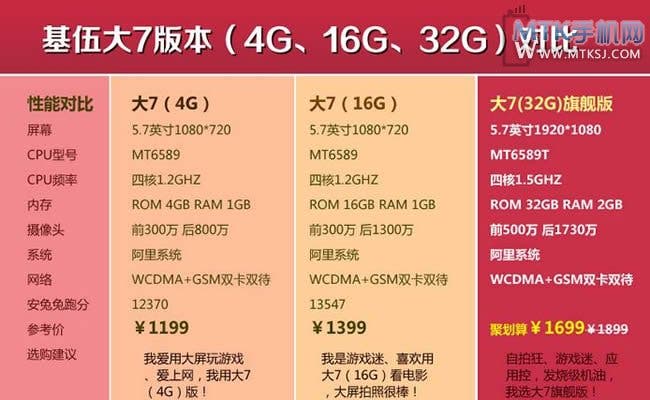