Xiaomi’s Android TV is expected next month, and new reports claim the cost of the 47-inch TV could be only 4000 Yuan!

Android smartphones and tablets are not the only cash cows in China, Android smart TV’s are also big business too. Most larger electronics companies such as Hisense and TCL offer Android smart TV’s and the market has become so alluring that video sharing site LeTV is even selling bespoke TV’s.

Xiaomi’s entry in to the living room kicked off earlier in the year with the launch the a 299 Yuan Xiaomi box which can connect to any TV turning it in to an internet connected media hub. The Xiaomi box was just the start though and a 47-inch Xiaomi TV is now in the works with a launch date just around the corner. 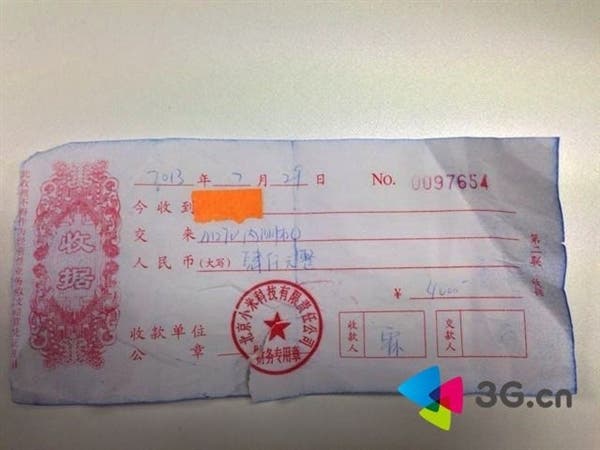 According to sources, the TV will cost just 4000 Yuan and are citing the above receipt as proof of this. The receipt says it is for a “closed beta machine” and features the official Xiaomi financial stamp.

Earlier reports, and the official 3C certification which the Xiaomi TV has been approved for, state it will measure 47-inch, have a 1080 display, Dolby Stereo Sound and built-in WIFI.

Will the Xiaomi TV be unveiled with the Xiaomi tablet and Mi3 in September? We certainly hope so.