Just hours after we broke this news of this purported leaked photo of the Oppo N1, further images of the new flagship phone have appeared online.

These additional photos seem to have been taken at the same time as the original leak, but give us a much better look at Oppo’s latest device. As we can see from the photos the design of the Oppo N1 is much more angular than the current Find 5, and from sources close to Oppo it will measure in at slightly larger thank to a 5.5-inch 1080 display. 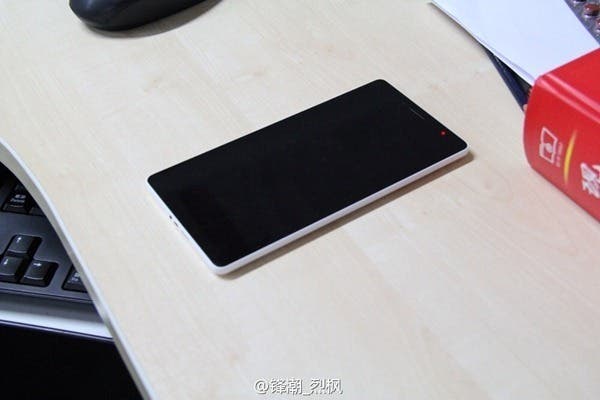 Normally we would be less trusting of leaked photos like these, however certain parts of the leaked N1 look identical to features Oppo themselves have leaked.

The official Oppo leak above shows the 3.5mm headphone jack, USB and speaker in the base of the phone. The leaked photos show the same design and placement! Pretty damning evidence that this is the real thing!

From other teasers we have also learned the Oppo N1 will feature a rear touch panel, could boast the new Oppo N-lens and will launch in September!

Previous Evleaks posts picture of mystery Oppo, could this be the Oppo N1?