Phablets continue to be the main source of excitement in the Chinese phone world, and none are more exciting than the new Alcatel One Touch Hero and its many accessories.

We have already posted details of the Alcatel One Touch Hero, but incase you missed them the phone is basically a stylish 6-inch phablet with 1920 x 1080 display, 1.5Ghz quad-core processor, 2GB RAM, 13 mega-pixel camera, stylus and large battery.

It’s a good looking device with an excellent level of hardware, but its the rather nifty accessories which have really grabbed our attention and make the One Touch Hero a phablet to watch. 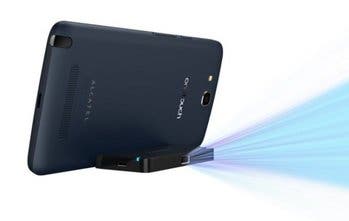 Alcatel have created a small dock with integrated Pico projector into which the Alcatel One Touch Hero can sit and act as a makeshift mini movie protector. In actual fact the projector actually mirrors the screen of the phablet and can project an image measuring more than 70-inches!

The idea of having a second display on a smart phone is not a new one, and we have seen a few prototypes running a second E-ink display, but Alcatel’s take on the idea is quite unique. 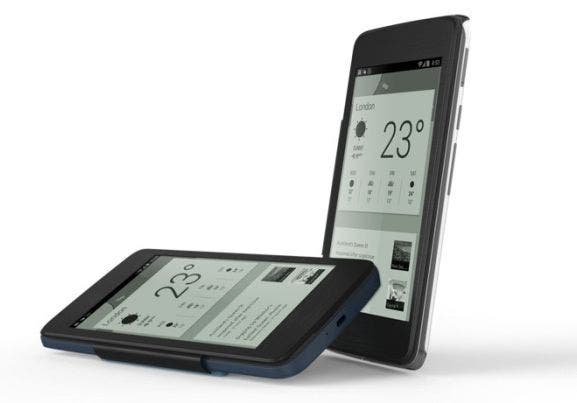 What they have done is create a flip cover with an E-ink display built-in. The display can be used for reading books, displaying certain app information such as the weather and generally acting as a second low-power display. 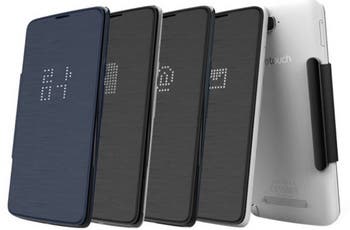 If the E-ink display isn’t up your street then you might be interested in the Magic Flip. This cover has LED lights built-in which can offer all manner of notification information or even the time. 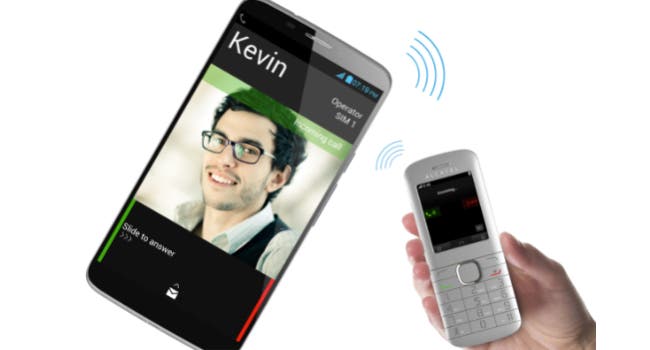 We’re not quite so sure about the idea of the mini phone, but Alcatel believe that the One Touch Hero requires a companion device. Like similar accessories from HTC, the mini is a very basic mobile phone which connects you your main device and allows you to make calls and send messages.

Interesting and innovative stuff from Alcatel at IFA! We can’t wait to see what else they have in store for the rest of the year!

Next TCL announce work on 8-core Mediatek phone has begun!