Oppo China have released this promotional image which includes the first real photo of the Oppo N1!

Oppo are making every effort to keep Ofans properly informed about the soon to be launched Oppo N1, today even releasing promotional material with an actual photo of the new phone!

We don’t get a full detailed look at the N1, but we can see that the top half of the phone, the camera UI and thin bezels. In fact those thin bezels actually make the 5.9-inch Oppo N1 appear less of a handful than thought! Even with the large display it looks easy enough to use one-handed. 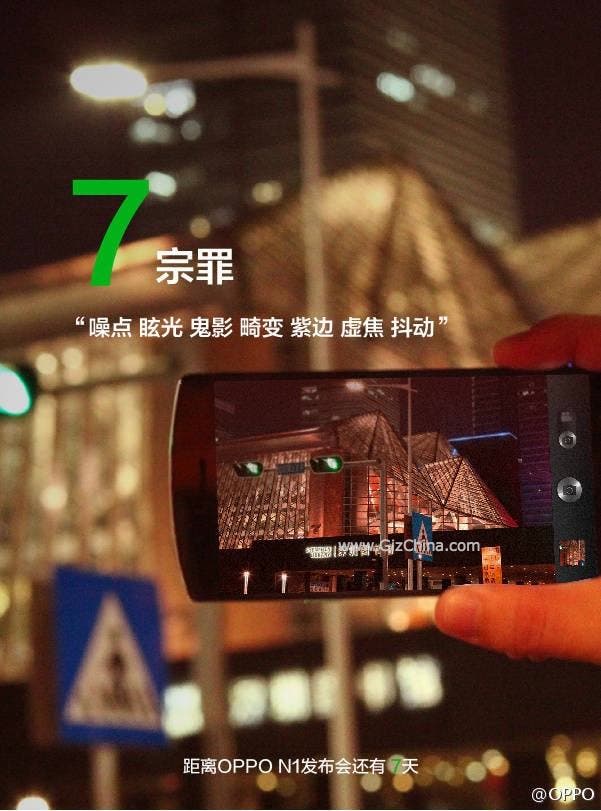 The text on the image speaks about the rear camera of the phone, more accurately the N1’ability to capture light and reduce blur and noise.

Oppo will officially launch the N1 on 23rd September, but more official leaks and teaser videos are sure to hit the internet before then so keep tuned.

Previous Android 4.3 makes its way to the Oppo Find 5