Well the rumours of Dakele’s new phone couldn’t have been further from the truth and rather than an 8 core super phone they have launched a slightly updated Dakele 2S.

The Dakele 2S shares the same design with the previous Dakele model, but gets a few small updates to increase performance. The updated phone now comes in either a 1GB RAM 4GB ROM model or 2GB RAM 32GB ROM version with a 1.5Ghz MT6589T processor, updated 5 mega-pixel front camera and the new Dakele Ui 2.0. 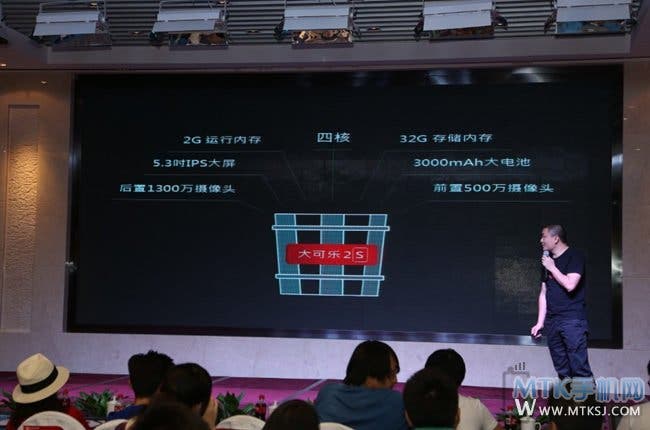 They did launch a second device though, the Quick Bar. Basically it’s a low cost wireless box allowing you to mirror your phone’s screen on your TV.

Next How to: Easily ROOT your Android phone with Framaroot