Over the past few years we have seen a number of Chinese phone companies offer 3D phones. Non have really made much of an impact, the Ulivon M005 hopes to change that.

Ulivon hope that the time is finally right for the 3D phone market and is preparing to launch it’s Ulivon M005 3D phone. Unfortunately though, like most 3D phones, the hardware has had to suffer to make way for the 3D display and dual 5 mega-pixel rear camera yet the pricing is high! 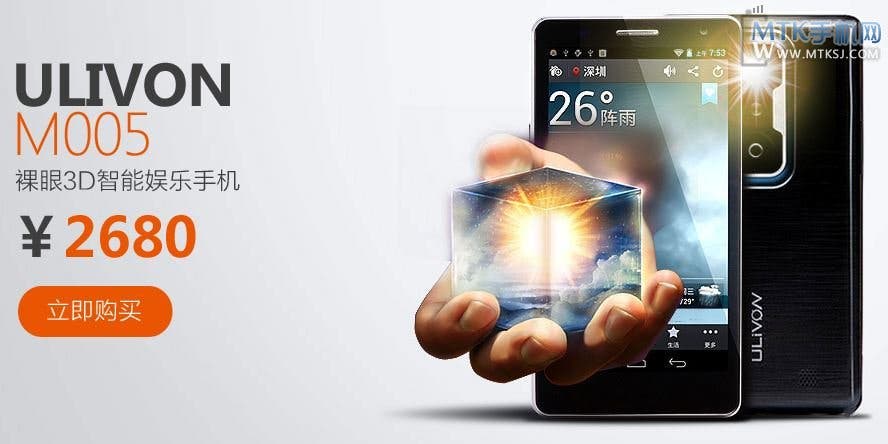 For 2680 Yuan Chinese customers will be able to buy the M003 with 5.3-inch 960 x 540 display, dual-sim support, 2150mAh battery, quad-core Mediatek CPU and Android 4.1 Jelly Bean. Rather expensive when considering the Meizu MX3 with 8-core Samsung processor, full HD display and 32GB memory can be had for a similar price!

The M005 looks like another great example of a Chinese phone company making what they think will be popular rather than looking at what the market actually wants!