Although ZTE is somewhat a known brand in the US market thanks to low cost dongles and entry-level smartphones, the country hasn’t yet witnessed any of ZTE’s high-end smartphones. However, this is all set to change this month.

The Chinese major will be putting up two of its most well known smartphones –  the ZTE Grand S and the Nubia 5 (note that it is not the ‘Z’ from ‘Z5’ seems to be missing) – for sale starting October the 15th in the US market. The phones will start shipping the very next day, i.e., 16th October. 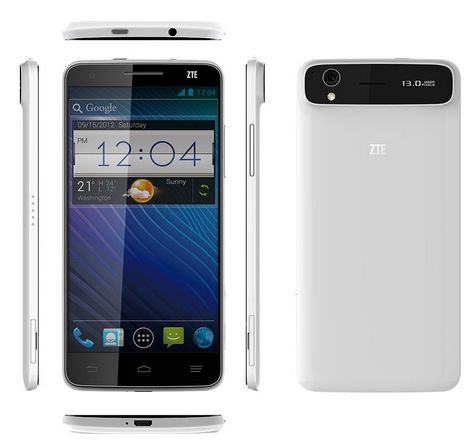 The Grand S, priced $400, features a 5-inch 1080p display like most other 2013 smartphones. It will come powered by a 1.5GHz quad core processor, the Snapdragon S4 Pro, which will be backed by 2GB of RAM. Imaging will be taken care of by an LED-assisted 13 mega-pixel camera at the rear, and a 2 mega-pixel unit at the front. The device will come with Android 4.1 out of the box, and will feature 16GB of on-board storage along with a microSD slot for further expansion. The device will feature a rather teeny 1,780mAh battery.

The phones will be available via Amazon and other channels.