OrientDeal have reduced the price of the OrientPhone S6 to $219.68 and are also offering GizChina readers an additional $9 discount when using the following code: orientphones6

Chinese made HTC One clone phones are nothing new but none have been so feature packed than the OrientPhone S6.

Most of the HTC One phones we have seen from China have been low-cost and low-specification models that we might only buy as a second phone or gift for a non techy relative. The Orientphone S6 is different though featuring a 4.7-inch 1280 x 720 312ppi display, 1.5Ghz MT6589T processor, 1GB RAM, 13 mega-pixel rear camera, 2200mAh battery and Android 4.2.1. 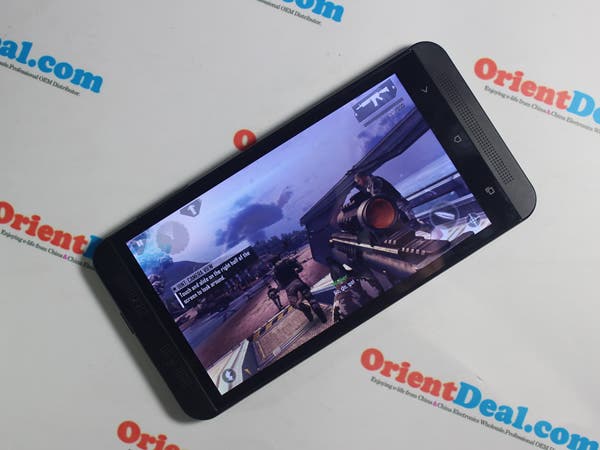 Our source who has been testing the S6 claims it has one of the most responsive touch screens to date of any Chinese Android smartphone, and in Antutu benchmarks scores a solid 15,385!

Like many modern Chinese phones, the developers behind the Orientphone S6 have added air gesture controls to the S6. These gestures can be used to navigate through the image gallery, control music and even the camera.

The OrientPhone S6 is available through Orientdeal for $232.49. Head over to their detailed specification pages to see full details and more hands on videos with the S6.